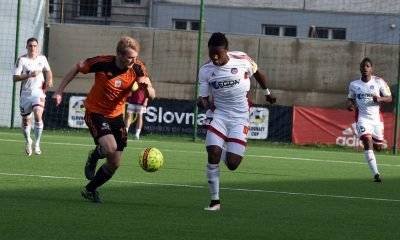 Bala has been a free agent since last year as he last played for Zulte Waregem in the Jupiter Pro League.

The 23-year-old had joined the Belgian side in 2017 from AS Trencin in Slovakia but struggled to find playing time and was loaned out on three occasions.

Over a year after the end of his contract with Zulte Waregem, Bala has found a new club in Aswan as he joins them on a three-year deal that runs until the end of the 2022-23 season.

Aswan had finished the last season in 14th place in the Egyptian Premier League with 37 points and will hope to improve on this position under new head coach Samy El-Sheshini.