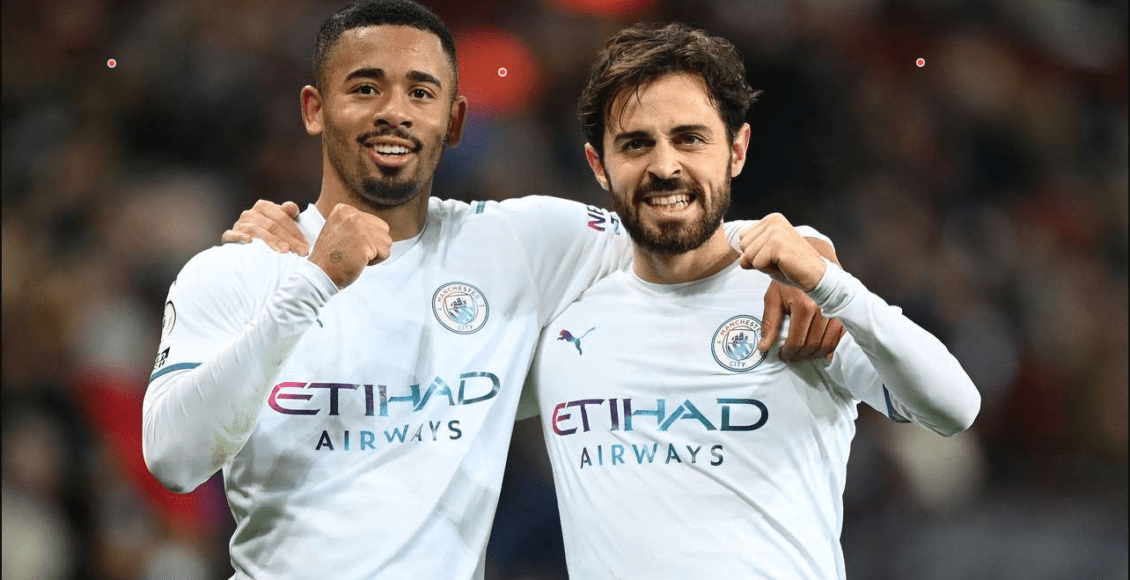 In typical City fashion, Pep Guardiola’s men dominated the possession early on, not allowing Aston Villa to emerge from their own half with the ball, and it would be the defending champions who would strike first. Getting on the end of Raheem Sterling’s cross, centre-back Rúben Dias emphatically side-footed the ball from the edge of the box and the curling effort found the bottom right corner of the net, giving the ‘Cityzens’ a deserved lead. It would go from bad to worse for Villa just before the break, when a scintillating Manchester City counter-attack ended with a lofted ball from Gabriel Jesus to Bernardo Silva in the penalty box, and the Portuguese midfielder lashed the ball into the roof of the net on the volley to double City’s lead going into HT.

The hosts would pull themselves back into the match only two minutes into the second period when Ollie Watkins latched onto a corner kick and stabbed the ball into the back of the net off of the post, cutting City’s lead in half before many of the fans had even returned to their seats. The ‘Lions’ would continue to put pressure on the City rearguard in an effort to level the proceedings, but the visitor’s stout defense remained solid. A late flurry of pressure in front of Ederson’s goal would be promptly dealt with by the City defence, ensuring Guardiola’s side collected all three points at a raucous Villa Park, whilst inflicting Steven Gerrard’s first defeat as Villa manager.

A fourth straight victory for the ‘Sky Blues’ sees Guardiola’s men remain firmly in the Premier League title race, and extends their superb recent record against Aston Villa, having now won 11 of their last 12 meetings in all competitions with the Birmingham club.