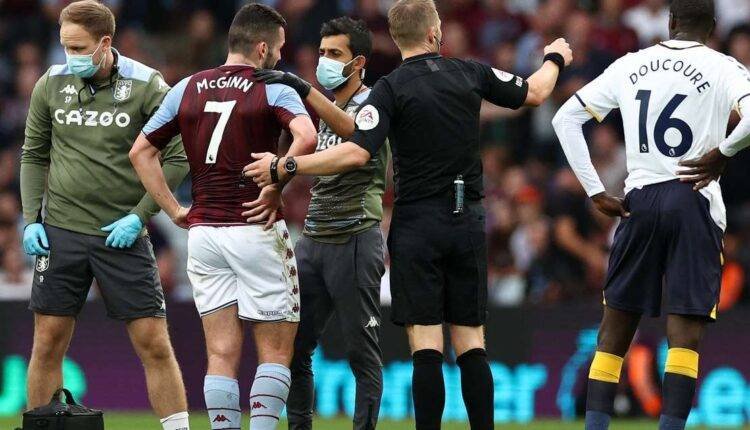 which saw the ‘Toffees’ miss the chance to draw level with their Merseyside compatriots at the Premier League summit.

With Dean Smith’s side unbeaten in four Premier League games at home before kick-off, it was no surprise to see them fly out of the traps in search of an opener. Douglas Luiz’s flat, pacey corner was met by Tyrone Mings, whose thunderous header forced a sublime one-handed save from Asmir Begović to deny Mings his first Premier League goal since November 2020.

John McGinn was forced off through injury as the first-half drew to a close, but not before coming close to a goal, as he bent a left-footed effort wide. Everton’s chances were limited throughout the opening half, but Monday’s show-stopper Andros Townsend tried his luck from distance again. However, the returning Emiliano Martínez was equal to his stinging effort.

Everton’s first-half performance fell short of the levels they reached on Monday night, but with Rafa Benítez’s words still ringing in the ears of his troops, the ‘Toffees’ found another gear in the second-half. Alex Iwobi rustled the side netting as he latched onto Demarai Gray’s delicate through ball, before Benítez made the seemingly strange move to withdraw his only recognized striker in Salomón Rondón.

The Everton boss’ decision was thrust further into the spotlight when Matty Cash fired Villa in front, as he raced onto Luiz’s deft ball to slam home his first Aston Villa goal. Having scored three goals in seven minutes themselves on Monday night, Everton conceded two in three minutes, when Lucas Digne flicked Leon Bailey’s corner into his own goal, although there will be arguments over whether Digne diverted the course of the ball.

There was no doubt over the scorer of Villa’s third, as Bailey raced through on goal and hammered home past a hapless Begović, who could do no more than look on at a defensive unit that was crumbling in front of him. Villa added no further goals to a one-sided scoresheet, moving up to tenth with a jubilantly-received FT whistle.