Nigerian businessmen Aliko Dangote and Orji Kalu could be set to battle it out for ownership of Arsenal. 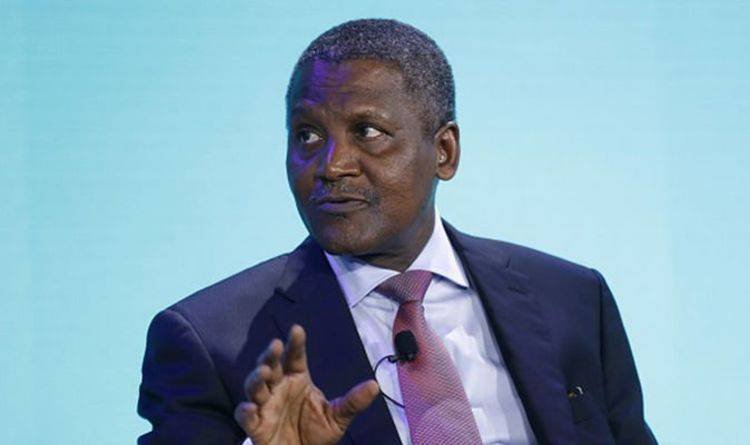 Africa’s richest man Aliko Dangote has continued to claim that he will one day takeover at Arsenal. The Nigerian businessman, who is worth a reported £8.5 billion, has spoken almost every year about his plans, and even earmarked 2020 as the year he would follow through.

Aliko Dangote has spoken out about wanting to buy the club over the years, but he may face competition from fellow Nigerian conglomerate Orji Kalu, who is eyeing a 35 per cent stake.

But what has Dangote said about his plans from year-to-year as he prepares for a potential bidding war with Kalu?

In 2015, The Gunners fan Dangote said that he was interested in purchasing Stan Kroenke’s 15.9% stake.

“There were a couple of us who were rushing to buy, and we thought with the prices then, the people who were interested in selling were trying to go for a kill, ” he said.

“We backtracked, because we were very busy doing other things, especially our industrialisation.

“When we get this refinery on track, I will have enough time and enough resources to pay what they are asking for.”

Dangote also thought he could take the club in a different direction when it came to their business strategy.

“They are doing well, but they need another strategic direction, ” he added.

“They need more direction than the current situation, where they just develop players and sell them.”

In 2016, Dangote took things a step further by claiming he would turn the club’s fortunes around.

“It’s not about buying Arsenal and just continuing with business as usual, ” he said.

“There’s no doubt (I’ll buy Arsenal), It’s not a problem of money.

“The issue is that we have more challenging headwinds. I need to get those out the way first and start having tailwinds. Then I’ll focus on this.”

Then a year later Dangote explained how he would be able to tempt the owners into selling.

“If they get the right offer, I’m sure they would walk away, ’ he said. “Someone will give them an offer that will make them seriously consider walking away.

“And when we finish the refinery, I think we will be in a position to do that.

“I don’t change clubs. Even when Arsenal isn’t doing well I still stick by them.