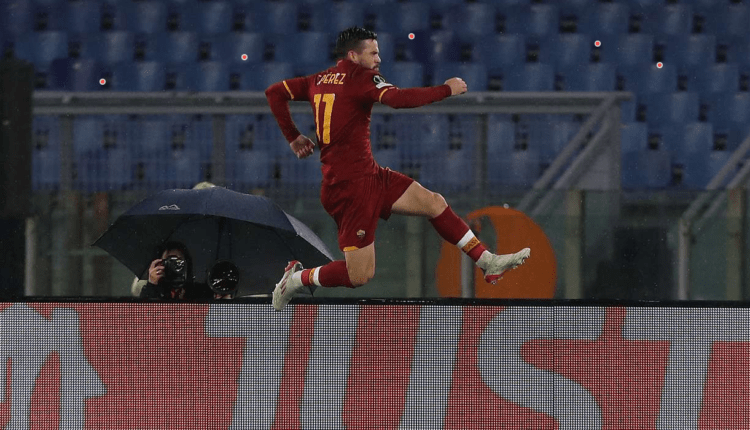 AS Roma sealed qualification for the UEFA Europa Conference League knockout stages in style after a 4-0 demolition of Zorya Luhansk at the Stadio Olimpico. The ‘Giallorossi’ are now unbeaten in their last 14 games in European competitions on home soil, scoring two or more in 12 of them.

José Mourinho’s men were three games without a win on home soil at kick-off, but there were no signs of a lack of confidence as they flew out of the blocks. Tammy Abraham inexplicably missed from close-range inside three minutes, but his blushes were spared as Carles Pérez gave the hosts the lead just 12 minutes later. The Spaniard couldn’t miss at the back post after Stephan El Shaarawy’s gorgeous outside of the foot cross laid the ball on a plate for him.

Another fast break gave Roma their second goal, as Jordan Veretout ran at the heart of a hapless Zorya defence before teeing up Nicolò Zaniolo to finish. The injury-ravaged Italian had been a danger all night, and finally found the back of the net in emphatic style as he thumped the ball beyond Dmytro Matsapura. The visiting goalkeeper was in the action again shortly before HT, producing a fine stop to deny Veretout from the penalty spot.

Mourinho’s men had no intention of slowing down, adding a third just 30 seconds after HT. Zaniolo’s intelligent dummy opened up acres of space on the right for the 22-year-old to square to Abraham for the simplest of finishes. The former Chelsea forward added a fourth in spectacular fashion, producing an overhead kick into the bottom corner to wrap up the scoring with the best strike of the night. An emphatic victory for Roma seals their progress to the knockout phase, while Zorya are out after offering nothing on a sobering night in the Italian capital.

Stalemate in showdown at Stamford Bridge