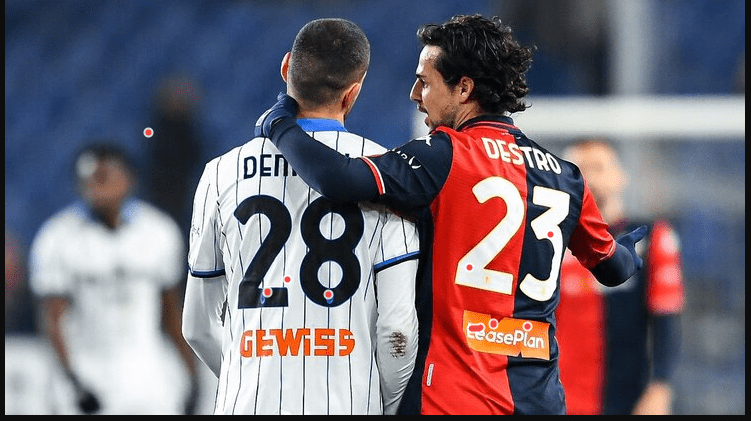 Genoa became only the second Serie A (SA) side this season to prevent Atalanta scoring, as they held the European challengers to a 0-0 draw ahead of the SA winter break.

Five of Atalanta’s last seven SA away trips had served up a goal in the opening 15 minutes, but a rather subdued opening half-hour at the Luigi Ferraris Stadium offered little by way of goalmouth action, with just a solitary shot-on-target. That effort did however force Genoa stopper Salvatore Sirigu into early action, as he sprung across his goal tip Duván Zapata’s effort behind for a corner. Unsurprisingly, Genoa were offering very little going forward, having not won a SA home game since April and scored a paltry two first half league goals all season, so the prospects of finding one against an unbeaten Atalanta side on the road this season appeared slim.

The opening stages of the second half followed a much similar pattern to that of the first half, with goalmouth action proving to be at a premium. August was the last time Atalanta failed to score in SA, and pressure was beginning to build on the Genoa goal, but cutting-edge was proving to be their biggest issue. Atalanta’s attacking misfortunes were replicated by Genoa, although perhaps that comes as no surprise with the ‘Rossoblù’ having mustered just one goal in their last four home league games.

Merih Demiral spurned Atalanta’s best chance to snatch all three points, but when he was left unmarked six-yards from goal, he could do no more than divert his header wide of the post. ‘La Dea’ are now unbeaten against Genoa in their last six H2H meetings, although they will certainly see this as two points dropped. Whilst for Genoa, a mammoth defensive effort was enough to secure a point, but not enough to see them climb out of the relegation zone.