Athletic Bilbao put up a stunning performance to come out as underdog winners in a 3-2 thriller that had to go to extra time to be brought to a conclusion. 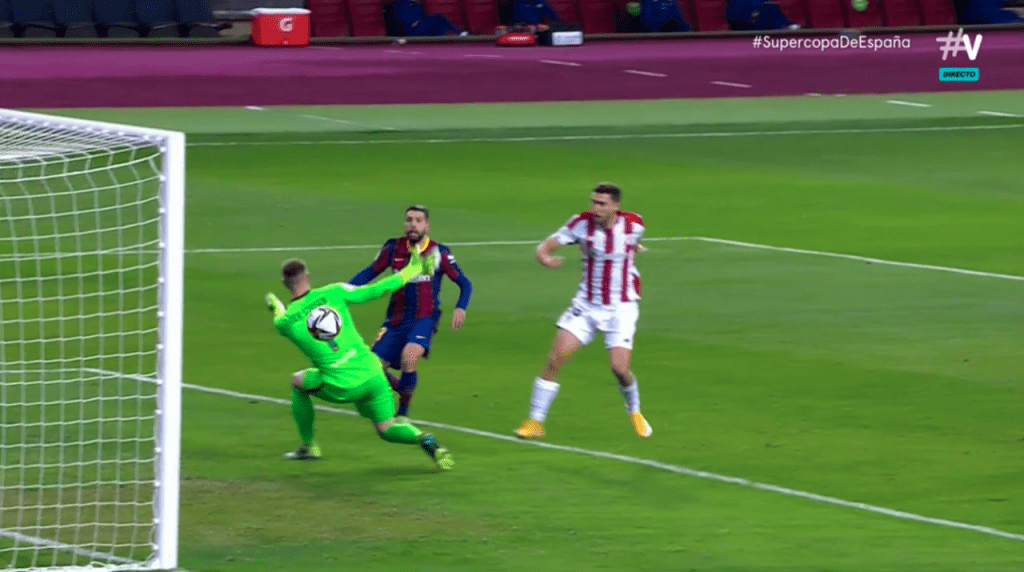 Athletic Bilbao beat favourites FC Barcelona in the Spanish Super Cup finals to claim the cup for the third time in the history of the competition. Goals from Marcos, Villalibre, and Williams were enough to cancel out Antoine Griezmann’s brace and claim victory for the Basques.

FC Barcelona had an energetic start to the match which turned out to be the exception to the rule of the night where Bilbao reigned supreme.

Antoine Griezmann opened the scoring in the 40th minute with what was Barcelona’s first clear chance of the game after being contained by Athletic up to that point. A scramble in the area saw Griezmann bag an easy goal after a chaotic defence of a Barça counter was enough for the favourites to go ahead.

Athletic Bilbao responded emphatically and scored just a minute after the kick-off. A great cross from Williams, the stand-out player of the night, found De Marcos in space at the back post who struck home past Marc-André ter Stegen with ease.

After Athletic Bilbao had a goal correctly disallowed for a close offside, Antoine Griezmann got his second from another lightning-quick counter that seemed to be fabricated out of thin air to bag his brace.

Villalibre, who came on as a sub just minutes earlier, scored a tap in after the ball was crossed in masterfully from a wide free-kick recklessly given away by Mingueza who had a disastrous showing throughout.

It only took 3 minutes of extra-time to for Williams to score the goal of the night with a sensational curling effort from the edge of the area that an outstretched Marc-André ter Stegen couldn’t come close to stopping. With that, Athletic held on for the final whistle and to claim the sought-after trophy.

The drama did not end there however, Barcelona’s emblem, Lionel Messi, received his first straight red at Barcelona after lashing out at an Athletic player who was holding him back from making a run just a minute prior to the final whistle.