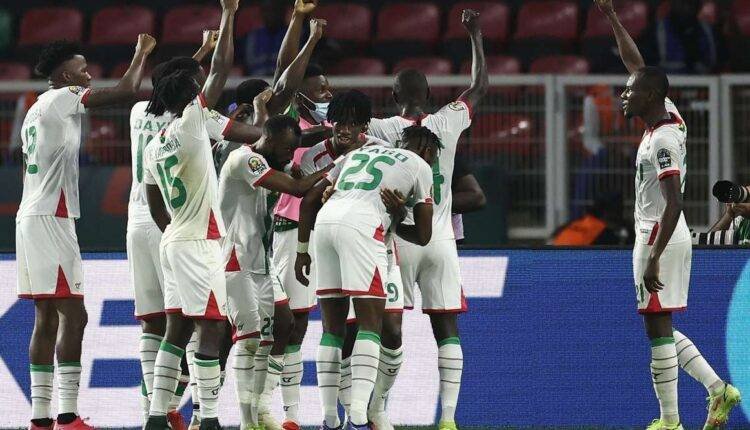 Automatic progression to the knockouts is now in Burkina Faso’s hands, after they became just the second-ever side in Africa Cup of Nations (AFCON) history to beat Cape Verde in a group game, taking the tournament’s tally of 1-0 victories to 10.

Much like the hum of vuvuzelas inside the Paul Biya Stadium, Burkina Faso began the match with a noticeable buzz. Forcing Vozinha into a number of early saves, Gustavo Sangaré came close with a whipped freekick, whilst Boureima Hassane Bandé’s close-range effort was smothered by the Cape Verde shot-stopper.

Ultimately, the pressure would pay off for ‘les Etalons’, as they found a breakthrough just before the interval. Converting Issa Kaboré’s cross with a piece of brilliant improvisation, an acrobatic Hassane Bandé was able to knock the ball home from close range with his chest. Deserved leaders at the break, it also meant Burkina Faso had scored the opening goal in six of their last seven AFCON encounters – ominous news for a below-par Cape Verde.

Second best for the entire first half, Cape Verde emerged from the break having upped the intensity, with Garry Rodrigues tormenting the Burkina Faso backline. Cutting inside onto his preferred right foot, the Olympiacos winger stung the palms of goalkeeper Hervé Koffi with a drilled effort. Further chances for the ‘Blue Sharks’ came and went, with captain Stopira unable to direct a free header goalwards.

Without the services of captain Bertrand Traoré, Burkina Faso may have been excused for buckling under the Cape Verde pressure. Instead, the 2013 AFCON runners-up controlled the closing stages, while securing their first three points of the tournament. The victory sees the ‘Stallions’ leap up to second in Group A, three points behind leaders and host nation Cameroon. For Cape Verde, a spirited but unsuccessful second-half performance means they are now without a goal after HT in six of their last eight internationals.

Ekambi-lieve it’s not Brazil as Cameroon roar into knockouts