Barcelona are said to be hoping to announce the signing of Manchester City star Eric Garcia on a pre-contract deal, as per Mundo Deportivo. The Spanish teenager, formerly of Barcelona’s famed La Masia academy, has refused to extend his contract at the Etihad Stadium and has his heart set on a return to his homeland, as confirmed by Manchester City manager Pep Guardiola.

The two clubs were reportedly in discussion over a potential move in the summer but could not come to an agreement despite Garcia’s intentions of departing the club.

Due to Barcelona’s ongoing defensive woes on the pitch and financial troubles off it, the Blaugrana are on the lookout for reinforcements to their backline, and Garcia fits the bill perfectly. The Spaniard will be allowed to speak to other clubs over a potential transfer come January with his contract at Manchester City set to expire on June 30th.

Garcia has racked up just under 500 minutes of football this season across domestic and European competitions after having played a big part in Guardiola’s Manchester City towards the back-end of last season.

The young defender was part of the starting XI during the Cityzens’ quarter-final appearance against Olympique Lyon in the UEFA Champions League. He could be set to line up alongside Leo Messi and co for Ronald Koeman’s Barcelona in the 2021/22 campaign. 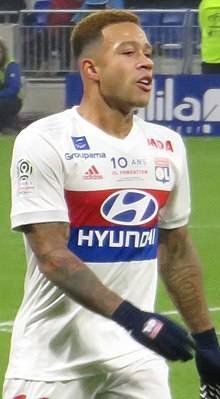 Apart from Manchester City’s Spanish starlet, Barcelona also have their sights firmly set on Olympique Lyon forward Memphis Depay. The Dutch superstar has been one of the most in-form attackers in Ligue 1 and impressed profoundly in the Champions League as well last year.

Depay was another player who came mighty close to departing Les Gones for the Blaugrana last summer but the move ultimately did not materialise. The Dutchman was hoping for a reunion with his former national team manager and the likes of Frenkie de Jong, but that reunion could still be on the cards.

Much like Manchester City’s Garcia, Depay’s contract is also set to expire come summer and Depay is likely to join Barcelona, if reports are to be believed.

Mundo Deportivo claim that while the Catalan giants have an option to sign him for as little as £5m in the winter window, the fact that they can bring him in on a free in the summer — and Martin Braithwaite’s promising form in recent weeks — could mean that he joins Barcelona in the summer.

Which is the most accurate soccer prediction site?