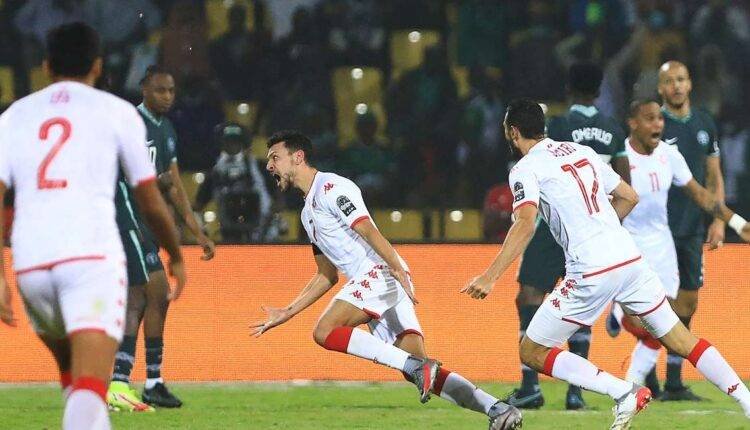 Leading contenders Nigeria were dumped out of the Africa Cup of Nations (AFCON) in the round of 16 courtesy of goalkeeper Maduka Okoye’s error as Tunisia reached their fourth successive quarter-final at the tournament thanks to a 1-0 victory in Garoua.

The Covid-ravaged ‘Eagles of Carthage’ made three changes for this contest with 10 squad members isolating due to the virus. Despite being on the back foot at the start of the contest, Tunisia had the best chance of the first half when centre-back Montassar Talbi saw his close-range effort cleared off the line by Leicester City’s Wilfred Ndidi. Augustine Eguavoen’s men were the only team coming into the round of 16 with a 100% record but struggled to find the attacking fluency required to overly trouble their opponents, and the North Africans would have been the happier to get to the break goalless.

They were even more delighted just after the interval as Youssef Msakni drove forward and shook off Ola Aina before cutting inside Ndidi and firing in a swerving shot from 25 yards that brushed Okoye’s left glove and found the bottom corner. The stopper, on loan from Watford, should have diverted the shot around the post despite its ferocity and the ‘Super Eagles’ needed to up their intensity if they were to have a chance of matching their third-place finish from 2019’s AFCON.

Alex Iwobi replaced Kelechi Iheanacho just before the hour mark, but was sent off minutes after entering the field following a VAR check for treading on Msakni’s right ankle in his eagerness to regain possession. Nigeria then sparked into life as Moses Simon was denied by Bechir Ben Saïd, before Seifeddine Jaziri blazed over wildly at the other end and Naïm Sliti drew a good save from Okoye as the match began to open up. Ben Saïd suffered a rush of blood to the head as he went to meet Umar Sadiq on the edge of the box, with Bilel Ifa saving his goalkeeper’s blushes by sliding in to put the ball behind for a corner which came to nothing.

Tunisia ultimately saw out the game to secure their first win over Nigeria in normal time in the pair’s eighth AFCON meeting after Sadiq slid an effort agonisingly past the far post in stoppage time. Mondher Kebaier’s side will hope to get more players fresh as they prepare to face Burkina Faso on Saturday, while Nigeria head home pondering what might have been.