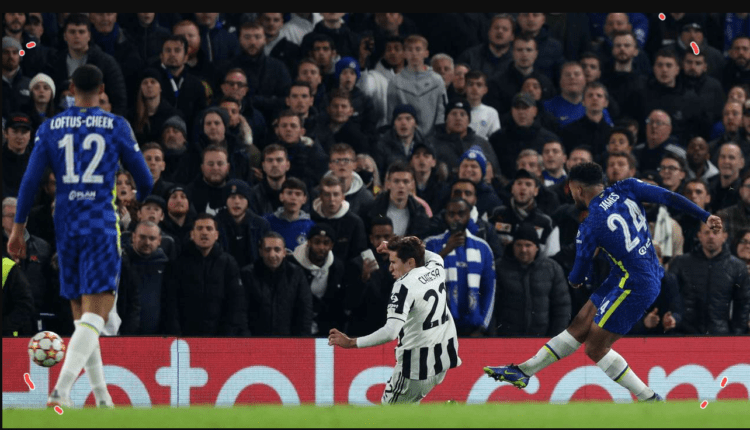 Chelsea enjoyed a home-grown night of magic at Stamford Bridge, as a trio of academy graduates got on the scoresheet in a comprehensive 4-0 victory over Juventus. It was only the Londoners’ second victory in their previous 11 meetings against Italian opposition.

With both teams comfortably ahead of the other two sides in Group H, the game began at a predictably tame pace, as Juventus concentrated on stifling the attacking threat of the Premier League leaders. It took Chelsea 24 minutes to break down the away side’s resistance, as the Juventus defence were unable to clear a Hakim Ziyech corner, and the ball fell kindly for Trevoh Chalobah to lash the ball home on his first UEFA Champions League start.

A moment to remember for the 22-year-old, but joy was nearly cancelled out immediately. Three minutes later, Álvaro Morata was played in by an enlightened chipped ball by Manuel Locatelli, and the Spaniard was able to deftly lift the ball over the onrushing Édouard Mendy. However, there was an old man on hand to deny the ‘Old Lady’, as Thiago Silva belied his 37 years of age to scamper back and hack the ball off the line, denying the ex-Chelsea striker some sweet revenge.

After the HT break, Chelsea immediately went in search of a second goal that would send them top of the group, and it took them just 10 minutes to double their lead. A cross from Chelsea’s left-hand side found its way to Reece James at the back post, who was able to chest it down and bullet a shot beyond former Arsenal man Szczęsny. Juventus were crumbling and Chelsea bagged a third just two minutes later, as a fine team move culminated in a simple finish for Callum Hudson-Odoi.

Timo Werner would make it 4-0 deep into stoppage time as he turned home a Ziyech cross to pile the misery on Massimiliano Allegri’s side, as they fell to a four-goal defeat for the first time since 2004.