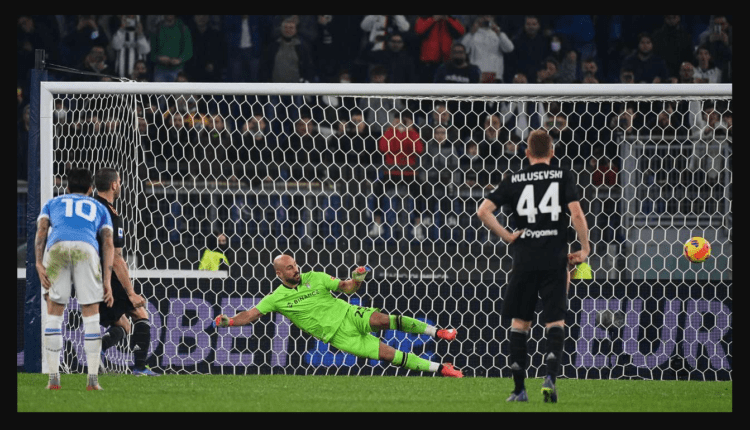 Juventus ended Lazio’s 19-game unbeaten run on home soil in the Serie A with a hard-fought 2-0 win at the Stadio Olimpico. Leonardo Bonucci scored twice, both from the penalty spot – the first time he has scored twice in a Serie A game in his illustrious career.

The hosts kicked-off against Juventus with a higher points tally than their opponents for the first time since the 2010/11 season, but neither side were showing much quality in the final third in a cagey first half. It was the visitors who eventually found a breakthrough from the penalty spot after a lengthy VAR check ruled that Danilo Cataldi had fouled Álvaro Morata. Bonucci was the man to step up and expertly finished, beating Pepe Reina to give the away side the lead. Maurizio Sarri’s men were dominating possession but were unable to trouble Wojciech Szczęsny, in fact it was Juventus who were causing more problems going forward. Morata missed a spectacular attempt to double the lead after being picked out by Juan Cuadrado.

Sarri’s HT team-talk wasn’t proving effective after the break, as Lazio continued to fail to trouble Szczęsny. Neither goalkeeper was overly troubled, with just three shots on target arriving before the 75th minute. Moise Kean came off the bench and gave the visitors their best sight of goal of the half, as his lopping header dropped just over the bar.

Massimiliano Allegri’s men were handed a golden opportunity to double their lead in the last ten minutes with a second spot-kick. Federico Chiesa rounded Pepe Reina before the goalkeeper wiped the forward out with a horror challenge inside the box. Bonucci stepped up to convert once more and seal the three points for the ‘Bianconeri’.

Lazio’s dismal run of form against Juventus continued, as they’ve now won just two of the last 34 H2Hs in Serie A. Meanwhile, the visitors secured a first league victory by more than a single goal this term and lifted them to the same points tally as their hosts.