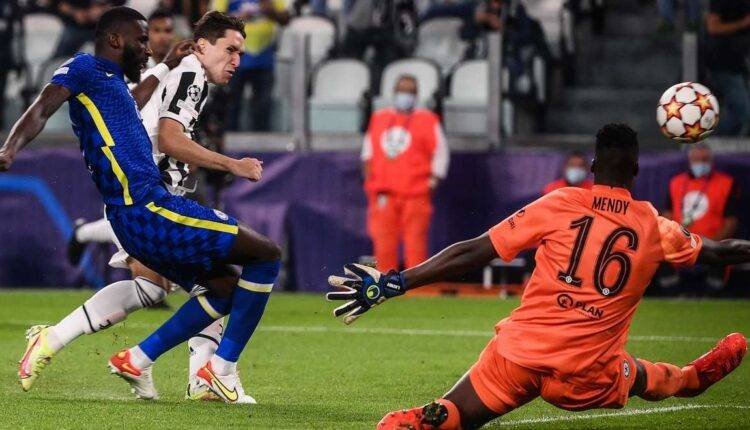 Chelsea manager Thomas Tuchel suffered just his second UEFA Champions League defeat in his current role, as his side succumbed 1-0 away to Juventus thanks to a winner by Federico Chiesa early in the second half.

The visitors’ 1-0 defeat to Manchester City in the Premier League last Saturday was marked by a failure to threaten their opponents’ goal, and it was much the same story during the first half at the Allianz Stadium. Other than a comfortable save from Romelu Lukaku, Wojciech Szczęsny was barely called into action despite the reigning European champions enjoying the majority of possession. If anything, Juventus looked more dangerous early on. Two misplaced Mateo Kovačić passes twice allowed the ‘Old Lady’ to launch a counter-attack and, while Adrien Rabiot’s over-hit ball to Chiesa wasted the first opportunity, the Italy international’s effort was whiskers away from beating Édouard Mendy when slipped through for the second.

The ‘Blues’ were made to pay for their attacking deficiencies just 10 seconds into the second period. Route-one stuff broke the deadlock for Juve, with Rabiot flicking on Szczęsny’s long punt forward to Federico Bernardeschi, who in turn found Chiesa. The 23-year-old made no mistake in firing his effort past Mendy, and it was hard to argue Massimiliano Allegri’s side did not deserve their lead.

Lukaku’s summer acquisition was meant to solve Chelsea’s problems in front of goal, but his contribution was limited by a combination of Juventus’ midfield and the imperious Leonardo Bonucci, although he should have done better when driving over the bar in the final 10 minutes.

Even the introduction of Trevoh Chalobah, Ruben Loftus-Cheek, Callum Hudson-Odoi and Ross Barkley could not swing momentum in Chelsea’s favour. In the end, Juve were rarely troubled, meaning the English side’s difficulties on Italian soil continue – they have won just once in eight games there since the turn of the century.