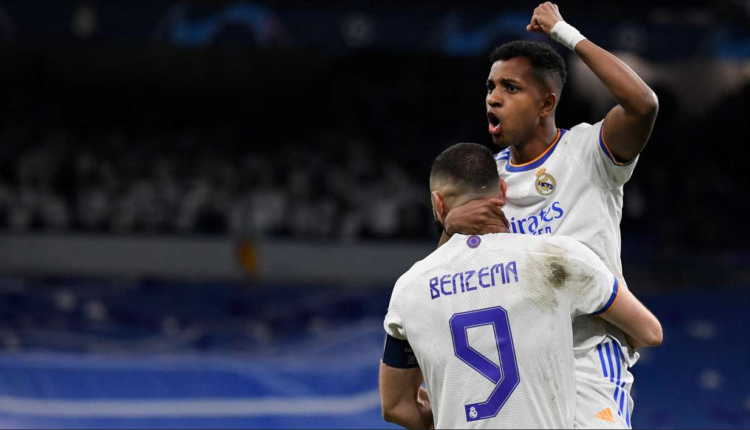 Chelsea were left to rue a heart-breaking night in the Spanish capital, as Karim Benzema’s extra-time goal sent Real Madrid through to the UEFA Champions League (UCL) semi-finals 5-4 on aggregate, despite a 3-2 win at the Bernabéu – securing ‘Los Blancos’ a tenth consecutive victory in the quarter-final stage.

Thomas Tuchel said his Chelsea side “need nothing else other than a fantastic script” in order to progress to the semi-finals, and the German would have approved of the opening line when Mason Mount gave his side a 15th-minute lead. A Ruben Loftus-Cheek pass was deflected into the midfielder’s path, and he applied a clinical finish past Thibaut Courtois. The goal ensured Mount became only the third Englishman to score a UCL goal against Real Madrid at the Bernabéu after Alan Smith (2001) and Danny Welbeck (2013).

Chelsea doubled their advantage five minutes after the restart courtesy of Antonio Rüdiger, who picked the perfect time to score his first-ever European goal, as the German powered home a brilliant header from Mount’s corner. Carlo Ancelotti’s men had cause for grievance following the decision to award Chelsea a corner in the first place, as an initial strike from Reece James did not appear to take a deflection before going wide. It took that goal to awaken the 13-time winners from their slumber, with Édouard Mendy forced into his first meaningful save of the match to push away a Toni Kroos free-kick. This Real resurgence looked to have come too little too late when N’Golo Kanté picked out Marcos Alonso, who rifled the ball home at the second attempt. However, the Spaniard’s effort was ruled out for handball following a VAR review.

The Blues went from agony to ecstasy when Timo Werner put the west Londoners up 4-3 on aggregate. Mateo Kovačić brilliantly picked out the Blues number 11, who slalomed his way through the Real defence from the left flank and saw his shot take a deflection before beating Courtois in the 75 minute. Just as Chelsea were dreaming of a place in the last four, Luka Modrić picked out substitute Rodrygo with a superb assist from the outside of his right foot, and the Brazilian fired an excellent first-time volley to level the aggregate score at 4-4 five minutes later.

Benzema was having a quiet game by his own lofty standards, but scored the fifth and ultimately decisive goal of the two legs when the Frenchman met Vinícius Júnior’s cross six minutes into extra time, putting a dagger through Chelsea hearts and setting up a semi-final clash against either Atlético Madrid or Manchester City.