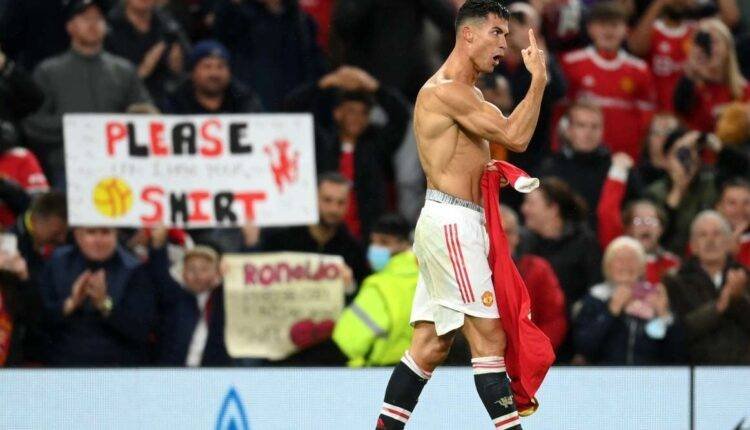 Cristiano Ronaldo scored a last-minute winner to give Manchester United a crucial 2-1 win over Villarreal at Old Trafford, breaking the UEFA Champions League appearance record in his typical heroic style.

The visitors silenced the raucous Old Trafford crowd by taking control of the game early on, with Arnaut Danjuma terrorizing the United defence. Diogo Dalot in particular struggled to stop the Dutchman in one-on-one duels, leading to numerous chances for the Europa League holders. His best effort came after ten minutes of play, when he cut inside the right-back, before curling an effort to the far post which was brilliantly tipped round the post by David de Gea.

He then turned creator, whipping a cross in for Paco Alcácer, who forced a superb reflex save from de Gea. Alcácer went close again after an error from Raphael Varane, but missed the target when through on goal. By contrast, the ‘Red Devils’ really struggled to create any clear-cut opportunities against a well-drilled Villarreal side. In fact, the hosts’ best sight of goal came through an opposition player, when Paul Pogba’s lofted ball toward Mason Greenwood was met by Alberto Moreno, as he tipped the ball beyond the onrushing Gerónimo Rulli wide of the post.

Ole Gunnar Solskjaer’s men hadn’t learnt from the first half’s numerous warnings, and fell behind early in the second half. Danjuma once again found himself in behind Dalot, squaring to Alcácer, who poked the ball beyond de Gea. The ‘Theatre of Dreams’ demanded a response, and they weren’t left waiting for long, with Bruno Fernandes lofting a free-kick to the edge of the box, where Alex Telles was waiting to volley into the bottom corner in glorious fashion.

Ronaldo came to life in stoppage time to win the game for his side in dramatic fashion. After some tireless work to win the ball back from Edinson Cavani, a Jesse Lingard shot rebounded to the Portugal captain, and he made no mistake to finish beyond Rulli to give United a hugely unlikely victory on the night.