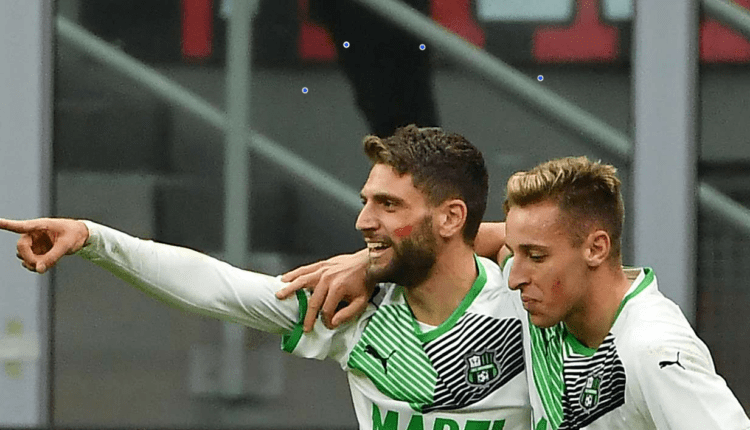 Milan fell to successive defeats for the first time in this Serie A season, as a ruthless Sassuolo strolled to a 3-1 victory on Sunday, becoming the first side to beat the Rossoneri at home in the league and denying them the chance to go top of the table.

The hosts initially dominated possession, with Sassuolo mere onlookers. Yet, Milan were far from their best themselves, misplacing passes and timing runs poorly, but drew ahead through Alessio Romagnoli’s powerful header after 21 minutes. That lead lasted barely three minutes, with Gianluca Scamacca levelling proceedings near-instantly, hitting a monstrous strike that gave Mike Maignan no chance in goal – his second in as many games.

For all their possession, Milan weren’t convincing and were punished for their profligacy, as Sassuolo turned the game on its head ten minutes later. Scamacca rifled a clearance from a corner back towards goal, and the save from Maignan rebounded into the net off Simon Kjær.

Milan regrouped somewhat after the break, but Sassuolo were always comfortable, and threatened on the counter every time they managed to steal the ball and counter attack, stifling the hosts. Milan never looked entirely secure, and Sassuolo capitalised on their defensive uncertainty, with Domenico Berardi bagging his side’s third of the afternoon, and his tenth goal against Milan in Serie A.

Proceedings got from bad to worse as captain Romagnoli was dismissed after 76 minutes for Milan, ensuring Sassuolo repeated the comeback-style win they secured at San Siro last season. This victory is a much-needed one for the inconsistent Neroverdi, who face another stern test against Napoli on Wednesday. Milan, meanwhile, must bounce back against relegation-threatened Genoa.

Stalemate in showdown at Stamford Bridge