Lionel Messi has scored a frankly ridiculous amount of goals for Barcelona, terrorizing goalkeepers across Europe. 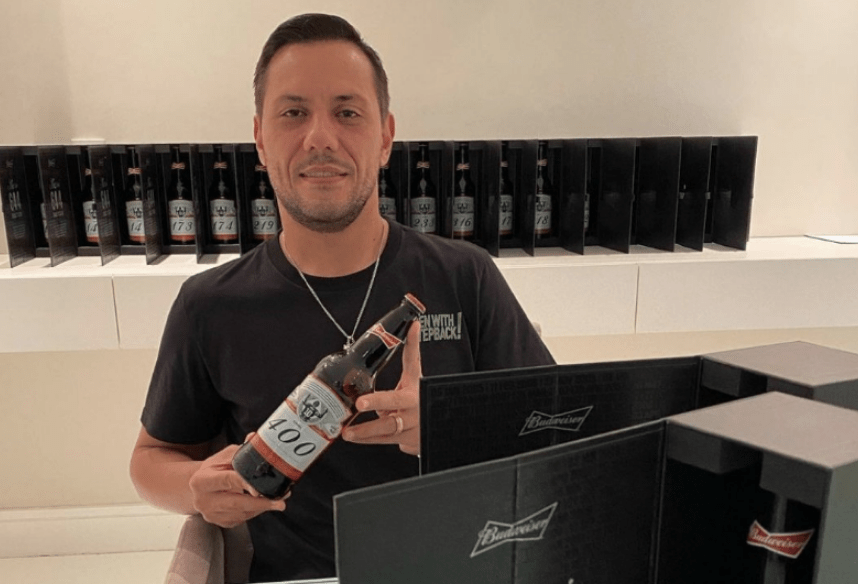 However, there is one ‘keeper who must have a particularly large grudge against the Argentine. Diego Alves has conceded a whopping 21 times to the six-time Ballon d’Or winner.

Alves conceded these while playing for Spanish sides Valencia and minnows Almeria, both of whom have been on the receiving end of some Messi masterclasses.

21 𝘽𝙊𝙏𝙏𝙇𝙀𝙎@diegoalvesgol, we toast your part in history 🍻

The Brazilian has had a great career, starring in La Liga and in the Brazilian Serie A and playing 10 times for his nation, but may now just end up being known as the goalie who has Messi has scored against the most times.

Now he has at least received something for picking the ball out of the net after the 33-year-old has hit it in there.

Budweiser have been sending bottles of beer to every goalkeeper who has conceded as part of Messi’s record-breaking 644 goals for Barcelona – beating Pele’s 643 for Santos as the most for one club.

Alves got his hands on 21 of these limited edition lagers, and posted to social media letting everyone know afterwards.

Alves currently plays for Flamingo in Brazil, so he should be safe enough from Messi for now.

Other players to have received the beers include Gianluigi Buffon and Jan Oblak, so at least Alves knows that he is in some impressive company.

"It's nice to see. These bottles remind me of some memories."@oblakjan discusses being recognized as part of Leo Messi's journey to 644 and receiving his 10 custom bottles.#BeAKing #Messi #KingOfBeers #KingOfFootball pic.twitter.com/MdTw1VaH0D

What does rollover mean in sports betting?