England 2-1 Denmark: The Three Lions will face Italy in their first major tournament final since the World Cup in 1966 after triumphing 2-1 in extra time

England have their date with destiny. A thrilling contest in which England ripped up the cautious playbook from the outset was settled in extra time via the boot of Harry Kane. He missed the penalty but not the follow-up, smashing England into their first final since 1966 at this very stadium.

Coming home? Wembley thought so. Kane’s decisive contribution was the creation of England’s player of the tournament, Raheem Sterling, who insinuated his way through gaps that weren’t there to win the penalty that changed England’s world. Don’t be anywhere else on Sunday other than in front of a television set. This team has doubled in stature since the tournament began and appear ready at last to stand on the shoulders of the boys of 66.

If England have lacked one attribute en route to the semi-finals, it had been charm, the capacity to make neutrals swoon with the range and breadth of their play. Not this night. England were the team for which the nation has been yearning; daring, bold, ambitious, and all this without starting Jack Grealish, Phil Foden or Jadon Sancho.

Questions about selection did not arise as England attacked the biggest night in this stadium for a quarter of a century with a bullish step against a dangerous opponent. And when England’s thrilling youth was called forth in extra time how they embroidered the canvas.

It was not all silk and ribbons. Denmark scored first and made England work like beasts to wrestle back control. As advantageous as it is to be at home, there is something eternally romantic about supporting your country on the other’s turf, a sense of flag-waving, we-were-there togetherness that fills an outsider’s sails. Denmark could not have been more together had they docked at Wembley in longboats. 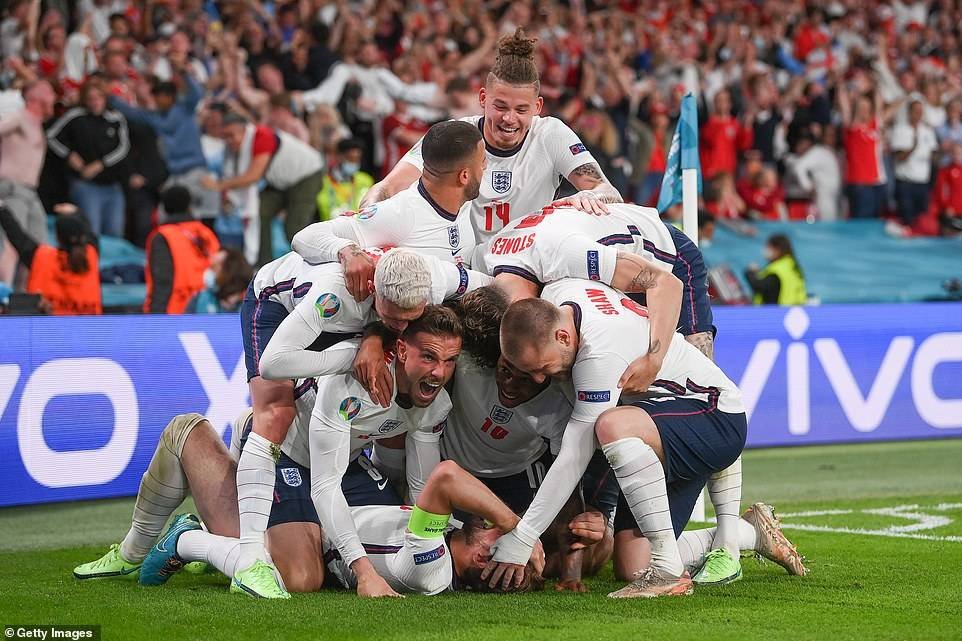 That said, there must have been at least a tremor in Danish hearts when the drums started up and the English anthem rang out around Wembley, the best part of 65, 000 voices screaming their allegiance to the white shirt that opposed them.

England promised a fast start and set about the night with the relish of a stag party at a free bar. The objective was clear; to shock, overwhelm, smash, hurt, to out-Viking the Vikings in fact. Denmark were in full retreat for the opening 15 minutes. Coach Kasper Hjulmand patrolled the technical area nervously during the opening period, his lucky jumper having to work overtime beneath his jacket to hold the line.

The source of Denmark’s first strike of note was a mistake from Kalvin Phillips, the turnover in possession was followed by an error from Jordan Pickford, who in his haste to restart the English offensive rolled the ball back to Denmark. Though the resulting corner was wasted it at least provided respite.

Hjulmand promised intent as well as resilience. By increments, Denmark began to grow into the match and moved the ball with purpose. It doesn’t take much to spread doubt. Picking the ball out of the net tends to work. Half an hour in, England were doing just that for the first time in this tournament. It was some goal too, a free kick from Mikkel Damsgaard that seemed to trace the curve of the Wembley arch as it passed the outstretched hand of Jordan Pickford. 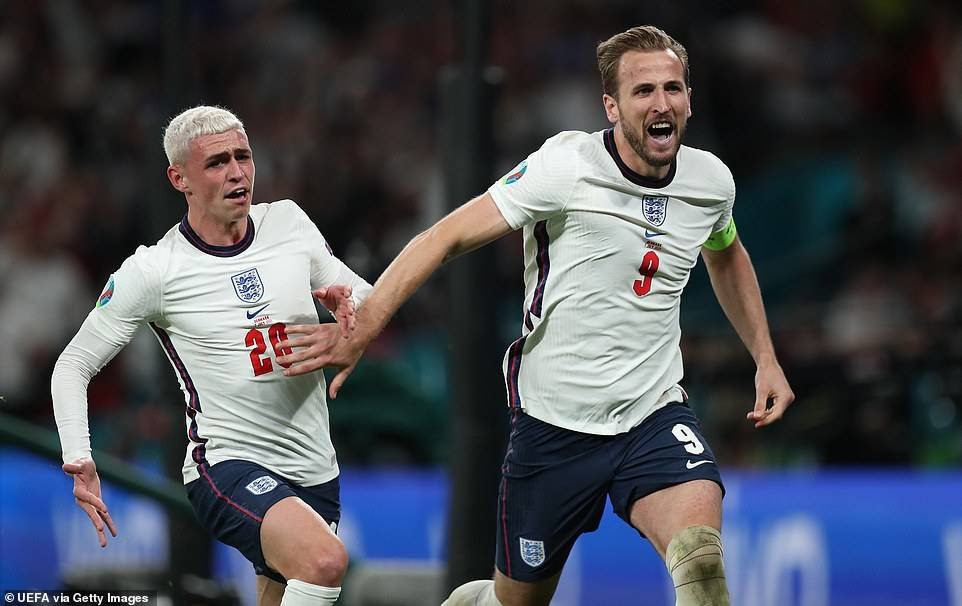 England might have been level seven minutes later, Sterling denied by the midriff of Kasper Schmeichel after a raking England move. Sixty seconds after that, Sterling was back at Schmeichel’s door and would have his revenge. Kane sent Saka clear with one of those laser passes we love so much. Saka fired it hard and low into the box, where Simon Kjaer converged on Sterling and the ball to force both into the net. An excellent response to a moment of crisis.

If this was about coming home, the team-talk did not need giving at half-time. England were in the thick of it here and would need every ounce of the energy pent-up over 56 years to reach a second major final at Wembley.

With each passing minute, the tension grew. Denmark were not only chasing their own unlikely dream, they were doing so with a diabolical commitment, as if pulled along by an unmeasurable force. Harry Maguire went into the book for a foul on Kjaer then powered a header that Schmeichel palmed away. Back came Denmark, forcing a corner off Maguire. Pass the bloody whisky.

The players on both sides showed remarkable composure, serving up a drama every bit as compelling as Italy and Spain 24 hours earlier. With the hour gone, Southgate upped the ante, sending on Grealish for Saka. The game was becoming more stretched and edging ever deeper into Denmark’s half, England sensing a change in dynamic, pushing for a result in normal time.

The clocked ticked down. Denmark slowed the game as if willing the contest into extra time. They got their wish, a stubborn, wily foe, fighting tooth and claw to stay in the competition, if ultimately in vain.