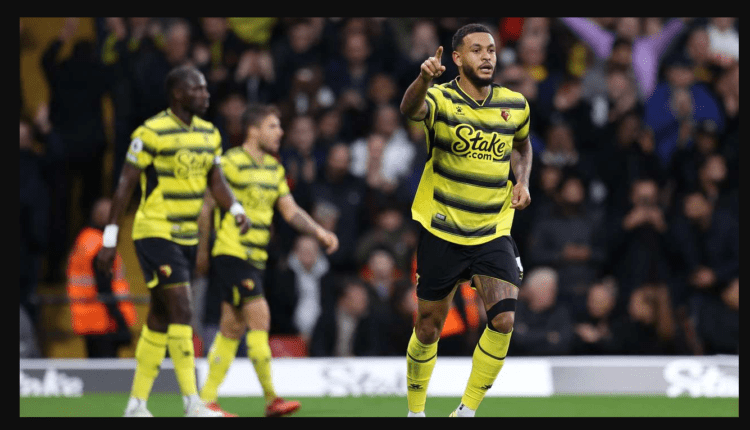 Despite missing two penalties early in the first half, Watford pulled off a grand upset and defeated a struggling Manchester United team 4-1, putting even more pressure on Ole Gunnar Solskjaer and extending the Red Devils’ woeful run of recent form.

Manchester United could not have asked for a worse start to this game at Vicarage Road, as Watford played with an intense approach. Ismaïla Sarr could have put the Hornets in front in the seventh minute following a penalty from Scott McTominay, but David De Gea saved the shot. Kiko Femenía scored on the rebound, but VAR ordered the penalty to be taken again. Sarr stepped up once again, and the Spanish goalkeeper saved it for the second time.

Not deterred, Sarr and Josh King continued to create chances, and the latter would end up breaking the deadlock in the 28th minute with a close-range effort, following a low cross from Emmanuel Dennis. Manchester United showed signs of life after the goal and registered their first shot on target in the 33rd minute thanks to Marcus Rashford.

Deadly on the counter, Sarr redeemed himself following the double-penalty miss and extended Watford’s lead just before the break with a thunderous strike from inside the box, sending the home fans into raptures and carrying the Hornets into a 2-0 lead at HT.

Visiting manager Ole Gunnar Solskjaer decided to shake things up at HT, and sent both Anthony Martial and Donny van de Beek into the pitch. The move paid dividends right away, with the Dutchman pulling one back for the visitors just five minutes into the second half, following an assist from Cristiano Ronaldo. However, the visitors couldn’t take advantage of that momentum, and complicated their own situation even further, when Harry Maguire was sent off midway through the second half after a second yellow card.

Though rattked by a disallowed Ronaldo goal in the 77th minute. Watford didn’t give up on their attacking intent, and found a way to add a third goal when João Pedro placed a shot under David De Gea’s legs on stoppage time. A fourth came soon after deep into injury time, potentially putting the final nail in Solskjaer’s coffin as his tenure at Old Trafford hangs by a thread.