Inter frontmen give no quarter 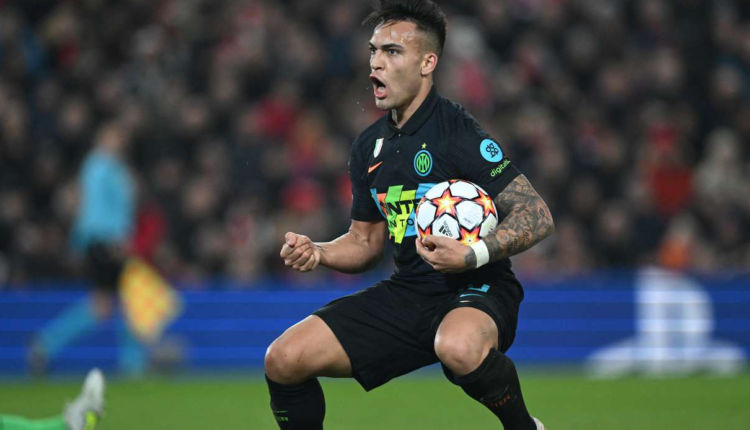 Liverpool progressed to the UEFA Champions League quarter-finals after overcoming a spirited Inter Milan team over two legs, despite losing 1-0 on the night against the Italian champions courtesy of a Lautaro Martínez thunderbolt.

Installing Alexis Sánchez as Martínez’s partner up front appeared at first glance as something of a surprise inclusion from manager Simone Inzaghi, but the move quickly became apparent as a tactical masterstroke with the Chilean hustling and harrying Liverpool’s centre-backs, starving them of any time on the ball in the opening 25 minutes.

On 26 minutes, there was a short delay due to a medical emergency in the Kop end but Liverpool were immediately in the ascendency once play resumed. First, Joël Matip’s header cannoned off the crossbar via an Andy Robertson cross before Virgil van Dijk was thwarted by some brilliant last-ditch defending from Milan Škriniar. Liverpool forward Mo Salah has scored eight goals in seven UCL appearances this season, and nearly had a ninth when on 51 minutes the Egyptian found himself eight-yards out with the goal gaping but failed to hit the target instead, hitting the post.

The game ignited nine minutes later when with Liverpool somewhat creaking, Martinez unleashed a fearsome strike from 20-yards out which whistled into the top corner for his 16th goal of the season. Just mere moments later, however, Inter Milan suffered a serious setback as Sánchez’s follow-through caught Fabinho and the former Manchester United man was given his marching orders for a second yellow.

Despite Martinez’s wonder goal, Liverpool still could not find a way through even with Inter down to ten men and although Jürgen Klopp will be more than pleased to have reached the quarter-final stage, an air of disappointment will linger, with Liverpool failing in their attempt to become the first English side ever to win their opening eight UCL games.