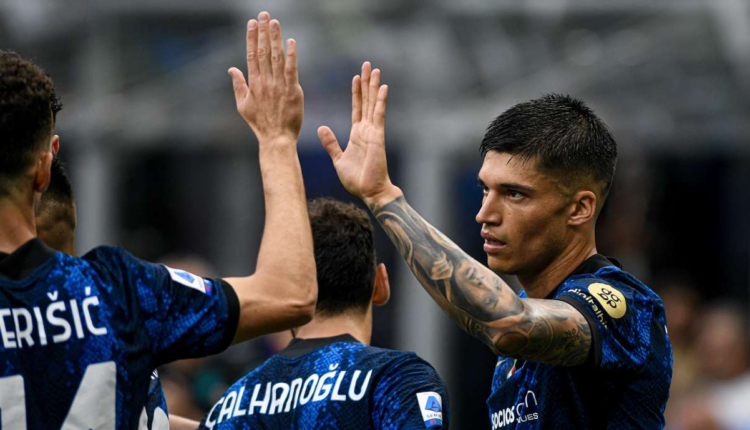 Inter Milan conceded the Serie A (SA) title to city rivals AC Milan despite cruising to a 3-0 victory over Sampdoria at the San Siro thanks to a brace from Joaquín Correa and a strike from Ivan Perišić.

With the title race going down to the wire, Inter had to beat visitors Sampdoria whilst hoping Sassuolo could do them a huge favour and defeat leaders Milan to stand any chance of dramatically clinching the Scudetto. The hosts clearly weren’t affected by what was at stake, starting on top as Hakan Çalhanoğlu and Correa went close early on. Inter’s top scorer Lautaro Martínez came within inches of opening the scoring, getting on the end of Perišić’s cross but putting his header narrowly wide of the post.

Martínez was at the heart of everything the ‘Nerrazzurri’ did, although he was wasteful in front of goal, first being denied by Emil Audero before putting his rebound wide of the post to somehow allow the visitors to go in at HT level at 0-0. With Milan 3-0 up at the break in their encounter, Inter came out with little but pride to play for. They started at a ferocious pace, as Nicolò Barella was denied yet again by a superb Audero save, but the Italy international soon set up Perišić, whose deflected effort found the bottom corner to break the deadlock. Correa doubled the hosts lead just shy of the hour mark, finishing off a wonderful flowing move involving both Çalhanoğlu and Perišic.

Correa wasn’t finished there and netted his second moments later, doing brilliantly to find the corner from a tight angle to cap off a sensational ten-minute period for his team. With the hosts out of sight, Sampdoria started to venture further forward, with their best chance falling to full-back Tommaso Augello 15 minutes from time, but his powerful shot was saved by Samir Handanović. Despite the hosts seeing out a comfortable win, it wasn’t enough to retain their SA title, as they finished two points behind the champions. Sampdoria, meanwhile, end the campaign place in 15th following this deserved loss.