Keep calm and Harry on, as Three Lions roar 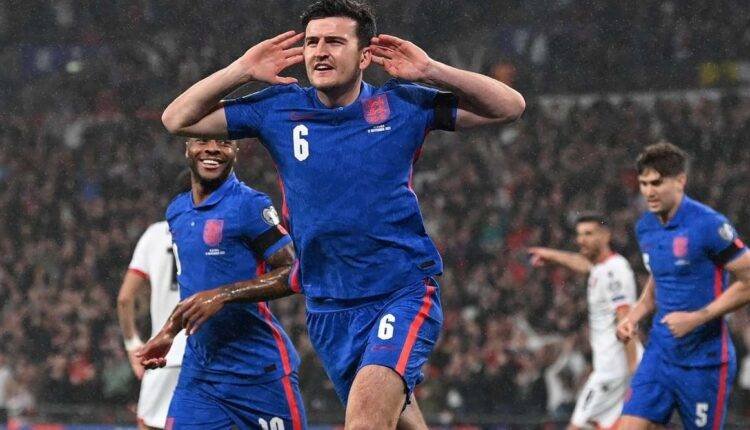 Harry Kane’s hat-trick helped England make a huge step towards FIFA World Cup qualification with an emphatic 5-0 victory over Albania at Wembley, taking their tally to 41 goals for 2021 – their highest-ever total for a calendar year.

England came flying out the blocks, and it took Harry Maguire just nine minutes to break the deadlock with a header from Reece James’ perfectly-weighted free kick into the box. It was his fourth England goal of 2021, with only Raheem Sterling and Kane scoring more for the ‘Three Lions’ this calendar year. Gareth Southgate’s men doubled their advantage through Kane, when Jordan Henderson brilliantly picked out the captain for a simple header in the 18th minute – the goal ensured he matched Wayne Rooney’s record of 37 competitive goals for his country.

The Liverpool man then got in on the act himself with a beautifully-crafted goal, as he latched onto Kane’s pass and expertly weaved through the defence, before coolly slotting home just shy of the half-hour mark. The first-half onslaught continued when Sterling picked out Kane to fire home from a tight angle in the 34th minute and surpass Rooney’s competitive goals tally. Kane completed his hat-trick with an incredible bicycle kick from Phil Foden’s corner to make it 5-0 just moments before HT.

The damage had been done in the first half, as Kane exited the Wembley stage and was replaced by Tammy Abraham just past the hour mark. That did not stop England from searching for a sixth goal though, as James shot wide after being teed up by Jude Bellingham.

Barring a shock of seismic proportions, Southgate’s men will secure top spot in Group I and know that a draw away at San Marino will rubber stamp their ticket to Qatar. As for Albania, any slim hopes of making it to their first World Cup finals are over, after a qualification campaign which has shown plenty of promise for the future.