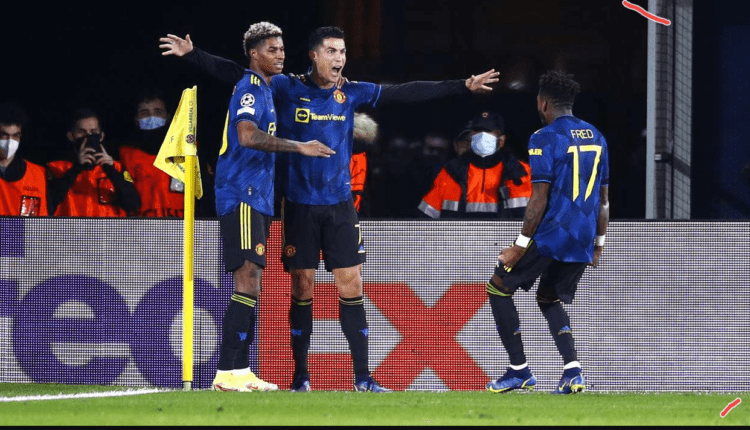 Manchester United started life without Ole Gunnar Solskjaer in charge with a 2-0 win against Villarreal, as late goals from Cristiano Ronaldo and Jadon Sancho secured the club’s first away win in the UEFA Champions League (UCL) this season.

Kick-off was delayed by almost ten minutes as the referee had some technical issues. Once the game got underway, it was Villarreal who started brightly, having two big chances to take the lead inside the first ten minutes. Moi Gómez struck an effort from the edge of the box that was saved by David De Gea and Yeremi Pino fired an effort into the side netting. Interim manager Michael Carrick made four changes after the ‘Red Devils’ suffered a 4-1 defeat to Watford at the weekend, and the side looked a little disjointed as they only managed one attempt on target in the first half.

Manchester United attempted to get a foothold in the second half, but attempts at build-up play initially fell flat. Villarreal thought they’d taken the lead in the 59th minute when Manu Trigueros unleashed a volley in the box, but Dea Gea produced a stunning save to deny Unai Emery’s side. Carrick brought on Marcus Rashford and Bruno Fernandes in the 66th minute to try to generate more creativity. Jadon Sancho had a promising chance moments later thanks to a brilliant pass from Fernandes, but Gerónimo Rulli pulled off a reaction save to deny the England winger.

Cristiano Ronaldo once again came to the rescue in the 78th minute as he lobbed the ball over Rulli from the edge of the area after Fred had won it back – scoring his 140th goal in the Champions League. Jadon Sancho then wrapped up the three points in the 90th minute, firing in his first-ever goal for the club, following a counterattack.

The result sees Manchester United qualify for the UCL knockout stages and get their season somewhat back on track after a disappointing few weeks. For Villarreal, their three-game unbeaten run at home in all competitions comes to an end after a promising performance, and they will now have to wait another matchday before booking their place in the next round.