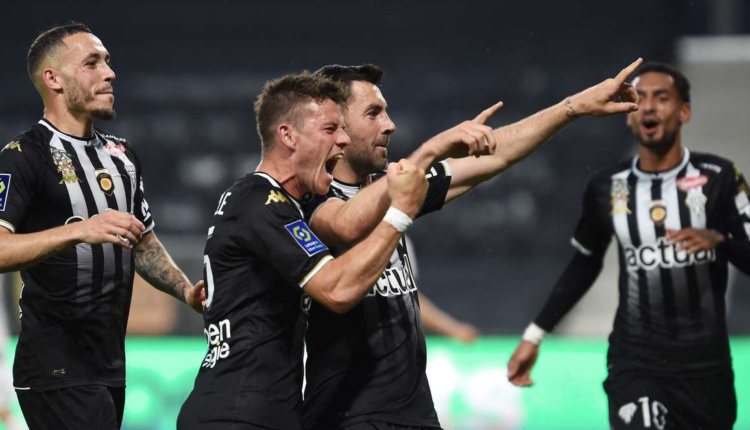 On the final matchday of the Ligue 1 season, Angers defeated Montpellier 2-0 in front of a boisterous crowd at the Stade Raymond Kopa, seeing ‘Le SCO’ extend their impressive unbeaten run at home against ‘La Paillade’ to six straight league showdowns.

Both teams’ Ligue 1 fates were already sealed, and neither side seemed particularly keen on forcing the issue in the opening half. Angers looked to push for the opening strike to give their fans something to cheer about in the final 90 minutes of the campaign, but their efforts were stymied by a staunch Montpellier rearguard. At the other end of the pitch, a Florent Mollet free-kick appeared set to find paydirt, but his effort fizzed inches over the crossbar.

With mere moments left until the interval, ‘Le SCO’ were given their chance to open the scoring when Ambroise Oyongo was judged to have handled the ball in his own box, forcing the referee to give the home side a penalty. The spot-kick was dispatched into the top corner with aplomb by Thomas Mangani, putting Angers in the lead with the last kick of the half.

Much to the delight of the home support inside Stade Raymond Kopa, Angers doubled their lead with just over 20 minutes remaining on the night. A superb solo run by Mathias Pereira Lage was capped off by his arrowed strike into the far bottom corner of the goal, wrapping up the three points for Gérald Baticle’s men.

While disappointing, the final day defeat does not damage Montpellier’s final league position of 13th. However, four losses in their final five Ligue 1 ties will leave a sour taste in the mouth of the club, as they aimed for a top-half finish at the beginning of the campaign. Angers finished two points behind their opponents on the night, having now won two of their last three matches this term.