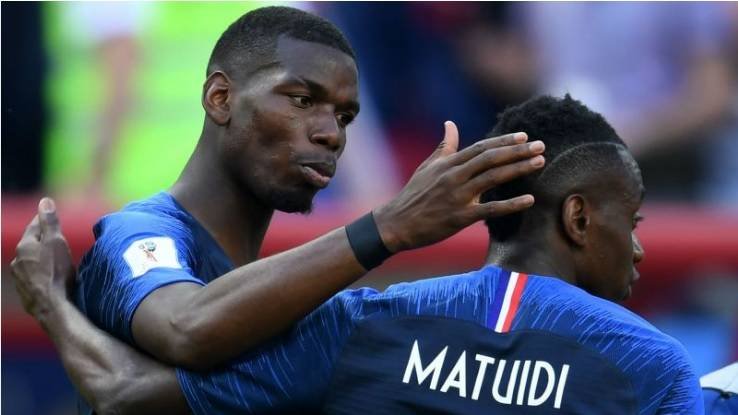 Paul Pogba was back wearing a Juventus shirt on Wednesday, but with good reason.

The Manchester United midfielder’s long-term future appears uncertain, with his former club Juve one of the teams heavily linked with the World Cup winner should he depart Old Trafford.

Pogba spent four seasons with the Serie A champions between 2012 and 2016 before returning to United for what was a world-record fee at the time.

In a video uploaded to his Instagram account on Wednesday, Pogba was seen training at home wearing a Juve shirt with Blaise Matuidi’s name and number on the back.

However, the Frenchman explained that he and United team-mate Victor Lindelof – who was spotted in Albin Ekdal’s Sampdoria jersey – were simply supporting their international team-mates after both Serie A players tested positive for coronavirus.

“Having fun working at home with my brother @victorlindelof.

“Supporting our friends @blaisematuidiofficiel and @albinekdal and all athletes and people around the world!

“Be strong, #StayAtHome and be safe!

“(I know the cheeky ones will talk about the Juventus jersey [but] I’m just supporting my friends … that’s all, nothing more).”

Matuidi replied to Pogba’s post by saying: “Thank you my brother this touched me love u.

“And glad to see you touch the ball.”

Pogba has not played for United since December 26 having undergone surgery on a right ankle injury in January.

He was due to return to team training on Tuesday but United cancelled their session after the United Kingdom government urged citizens to avoid unnecessary travel and social contact.