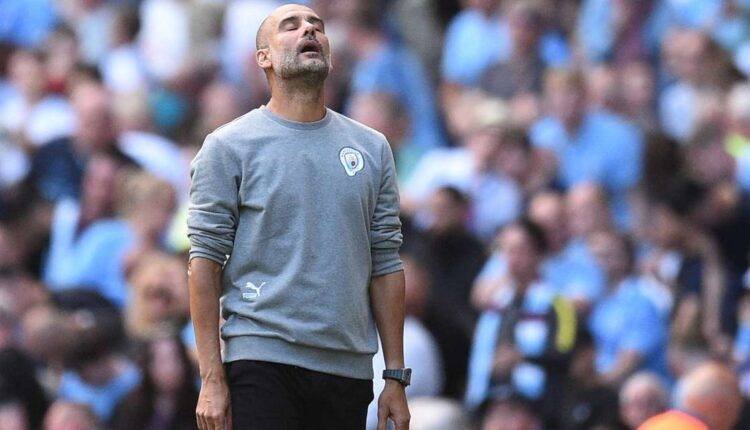 After the fireworks of their UEFA Champions League victory in midweek, it was a very different Manchester City that laboured to a goalless draw, against a Southampton team that have now drawn four Premier League games in a row for the first time since 2002.

Ralph Hasenhüttl surprisingly reverted to his more adventurous 4-2-2-2 formation after his team’s defensive display against West Ham last week, and in the opening 20 minutes the away side’s high, incessant pressing neutered Manchester City’s passing game. However, as the half wore on the ‘Saints’ defence began to face the force of an attacking outfit that had scored 21 goals in their previous four home games, with İlkay Gündoğan spurning a good chance by heading over, and £100m-man Jack Grealish continuously testing the mettle of teenage right-back Tino Livramento. Southampton’s resistance held, meaning City failed to register a shot on target in the first half of a home game for just the fourth time since the start of the 2016/17 season.

Inexplicably, Pep Guardiola’s men started the second half worse than they had the first, consistently losing possession in dangerous areas. Their biggest scare came on the hour mark, as a VAR review overturned a penalty and a red card for Kyle Walker, after the England defender seemed to have bundled over Adam Armstrong in the penalty area. A star-studded bench allowed the reigning champions to introduce Kevin De Bruyne, Phil Foden and Riyad Mahrez to attempt to snap them out of their malaise, and it was off a rebound from a Foden header that Sterling thought he had found the winner. However, VAR confirmed the England striker was offside, and City’s dismal day ended in disappointment.

Southampton are still without a win this season but will be delighted with a well-deserved point, as they limited the ‘Cityzens’ to just one shot on target – their lowest tally in a PL match since March 2017.

What is a handicap in soccer betting Handicap In Soccer Betting?