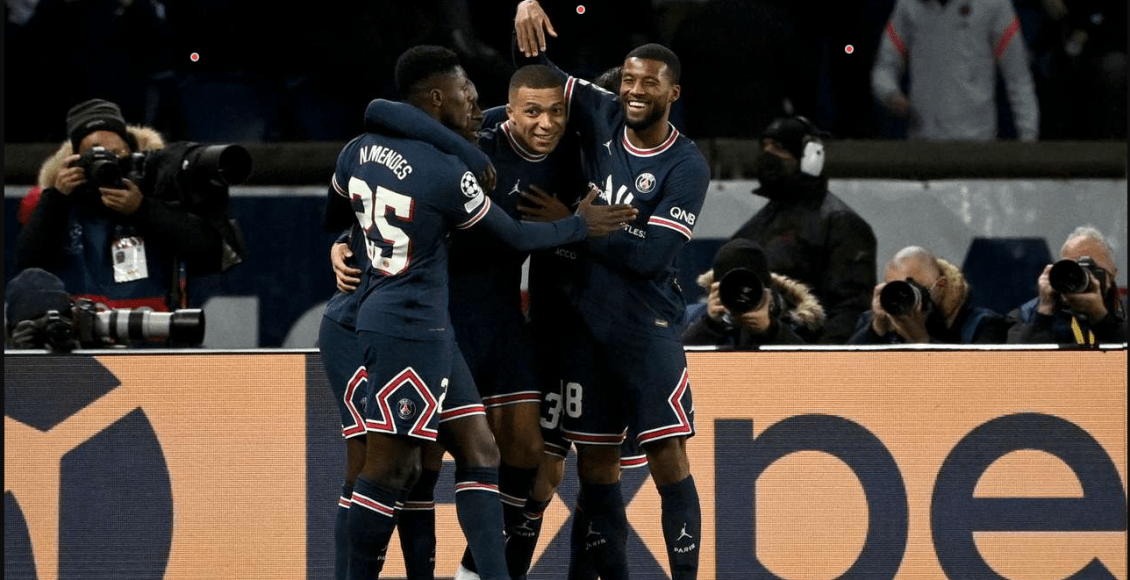 Kylian Mbappé and Lionel Messi each scored twice as PSG cruised to a 4-1 victory in their final UEFA Champions League (UCL) Group A match, and prevented Club Brugge the opportunity to qualify for the Europa League knockout stages.

Whilst Brugge were hoping Manchester City could help them out by condemning RB Leipzig to a loss in Germany, they did their own chances of finishing third in Group A no favours by falling to a 2-0 deficit inside seven minutes in Paris. Mbappé was on target with his 10th and 11th goals in all competitions, following up a poorly-cleared Nuno Mendes cross with a side foot in off the post before smashing a volley past Simon Mignolet after receiving a beautiful, dinked pass from Ángel di María for the second.

PSG’s sense of urgency declined with their second place finish already confirmed, though that didn’t stop Messi, who was as hungry as ever to add to his continental goal tally. The ‘Blauw-Zwart’ had conceded 3.2 goals on average per game in their first five group fixtures, and the Argentine added the hosts’ third seven minutes before HT with a trademark curling strike from outside the box into the bottom left corner – his 75th in the UCL group stages.

Needing three goals of their own and a turnaround of Leipzig’s own HT lead, it was going to take a miraculous 45 minutes to save the visitors’ European campaign. That didn’t stop them at least mounting a challenge in the second half, as they put the pressure on before Mats Rits restored some dignity with a low, curling strike from inside the box 22 minutes before the end. However Messi instantly reinstated the French side’s three-goal lead from the spot after being felled in the box, allowing PSG to comfortably progress to the Round of 16.