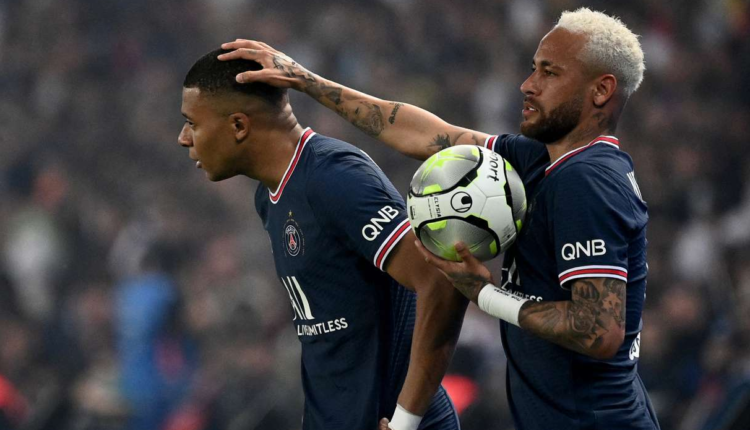 Paris Saint-Germain bid Argentine legend Ángel Di María the perfect farewell as they dismantled ten-man FC Metz 5-0 and subsequently sealed their fate in the second-tier of French football in 2022/23. ‘Les Parisiens’ conclude their home form this season by going unbeaten in all 19 league games at the Parc des Princes.

With four of the last five H2Hs seeing PSG score within the first 11 minutes, adding a fifth to the streak appeared inevitable as Frédéric Antonetti’s visiting troops faced domination early in the match. Lionel Messi encountered the first clear-cut opportunity, weaving through deflections and striking one just wide of the left post, before Kylian Mbappé lit up Parc des Princes. The French World Cup winner, who only just rejected the opportunity of going to Real Madrid, picked up a defence-splitting pass from the departing Di María and rounded the goalkeeper to put the hosts in the driving seat.

The 28th minute witnessed Messi setup Mbappé’s second with a well-timed assist as the Frenchman displayed great composure to slot the ball past shot-stopper Marc-Aurèle Caillard. Minutes later, Neymar found himself in the right place at the right time, tapping-in from inside the six-yard box to further disappoint the already-relegated visitors.

Mbappé then forced the opposition into a defensive lapse as he perseveringly pressed before slotting in his third for a hat-trick in the 50th minute via a coolly taken finish. Thereafter, a frantic set of incidents around the hour mark made matters worse for ‘Les Grenats’, as Boubacar Traoré received his marching orders for a challenge, having been booked earlier. Both Mbappé and Messi struck the left post within minutes of one another, but it was the latter’s effort that served Di María’s fitting farewell, with the Argentine knocking in the rebound with a simple tap-in. ‘El Fideo’ was substituted right after to the sound of thunderous applause as his teammates lauded him with a guard of honour 12 minutes before FT.

Metz ended the match without reply, now failing to score in five straight H2H encounters, as they remain winless in their last 16 visits to PSG. The hosts wrap up their season with back-to-back wins after a hat-trick of draws, whereas ‘Les Grenats’ lose a first in four matches after claiming consecutive wins in the league for the first time in over a year.