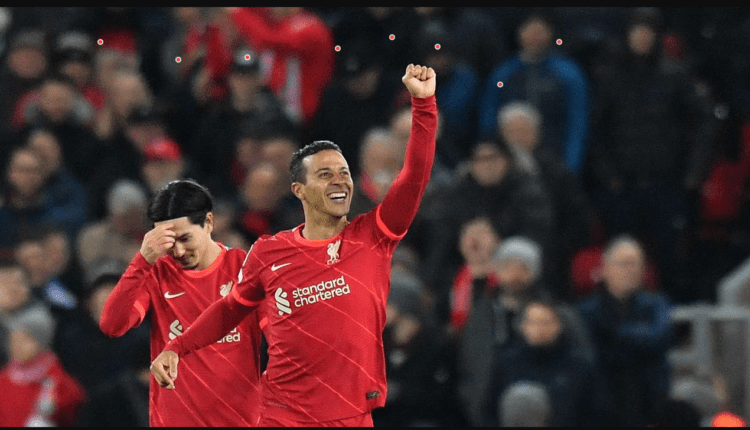 Coming into tonight’s encounter, Liverpool had already made light work of the ‘Group of Death’, securing top spot in Group B with two games to spare. This mattered little to Jürgen Klopp’s men who cruised past FC Porto with a 2-0 victory, further extending the German’s formidable European home record – his side having lost just two of 24 games played in front of the Kop in the UEFA Champions League (UCL).

With nine games to play in December and qualification assured, it came as no surprise that Liverpool’s team sheet saw a raft of changes, with 19-year-old Tyler Morton making his first appearance in the UCL. In stark contrast stood Porto’s veteran centre-back Pepe, who became only the second Portuguese player after Cristiano Ronaldo to make 100 starts in Europe’s prestigious competition. It was not to be, however, as his night was cut short by injury after seeing his side dominate the opening exchanges, as Otávio spurned a golden chance 13 minutes in, inexplicably missing the target with the goal at his mercy.

Both defences appeared to suffer from a lack of confidence throughout the encounter, with Matip yards away from scoring a comical own goal before Porto coach Sérgio Conceição fumed as a hatful of Diogo Costa errors threatened to give the home side the lead. In a rare moment of first-half quality, Thiago Alcântara’s stinging pass tore open Porto’s backline as Sadio Mané finished with aplomb, before VAR intervened, calling play back for a marginal offside.

Though Porto’s defensive performance bore all the hallmarks to those that have seen them ship 16 goals to Klopp’s ’Reds’, there was little they could do about the opener, as Alcântara piledrived an effort from 30 yards into the bottom corner. Liverpool then saw a second goal disallowed for offside before Mohamed Salah fired a trademark finish into the bottom right-corner on 70 minutes, marking 16 consecutive games in which Liverpool have scored two or more goals.

Ultimately, it was a much improved second-half showing from the home side, who managed the last 20 minutes with the experience of the substitutions Klopp had at his disposal. A victory for the ‘Reds’ saw them stretch their unbeaten H2H run with Porto to ten, with the ‘Dragões’ qualification hopes now in peril as they face a dramatic final fixture against Atlético Madrid.