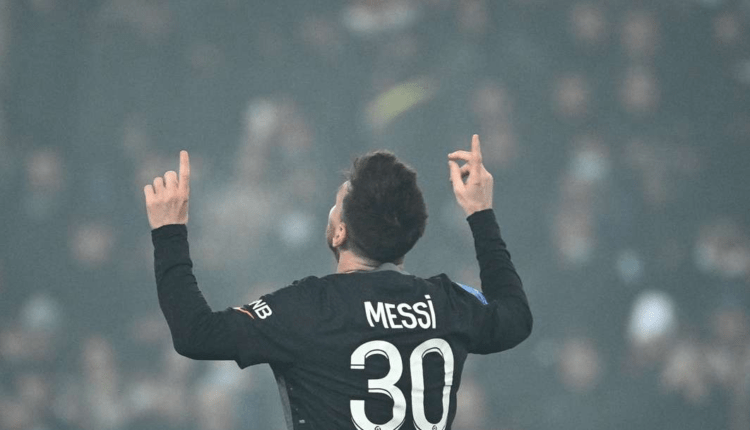 Lionel Messi scored his first goal in Ligue 1, as ‘Les Parisiens’ made it seven wins out of seven at home in the league. Despite going down to 10 men, Mauricio Pochettino’s side came out 3-1 winners against a spirited FC Nantes.

Paris Saint-Germain got off to the perfect start with Kylian Mbappé scoring from their first attack of the match in the second minute. The Frenchman got on the end of Leandro Paredes’ shot to wrongfoot Alban Lafont. The attacking-trio of Mbappé, Neymar, and Messi were in the mood as they linked up beautifully throughout the half, only for Lafont to deny them on several occasions. First, the Nantes goalkeeper superbly denied Messi his first Ligue 1 goal in a swift counterattack from the trio, and then he was called into action once again, this time denying Mbappé a second goal, reacting quickly to get down low following superb link-up play from the PSG forwards.

Nantes offered nothing going forward in the first half, but came out in spirited fashion for the second, with Kalifa Coulibaly having two attempts at goal but it was all too comfortable for Pochettino’s side. Things took a drastic turn in the 65th minute though, as Keylor Navas came rushing out of his goal with a wild challenge on Ludovic Blas and received a red card for his moment of madness. Sergio Rico was brought on to go in goal for the remaining 25 minutes in what was a relaxing game so far, but going down to 10 men unnecessarily made things difficult for the Parisiens.

Having the man advantage further inspired the visitors and they found the equaliser with 15 minutes to go, as Randal Kolo Muani’s cheeky backheel just about crossed the line, much to the dismay of a Sergio Rico who was unable to keep it out. PSG retook the lead in the 82nd minute in fortunate circumstances, as Messi’s cross was deflected by Dennis Appiah into his own net. Victory was confirmed five minutes later when Messi made it 3-1 with a trademark curling effort from outside the box.

The victory sees PSG add to their incredible form in the league, winning 12 of their 14 matches this season. Meanwhile, Nantes will be frustrated that despite finding an equaliser, they threw the game even with their man advantage.