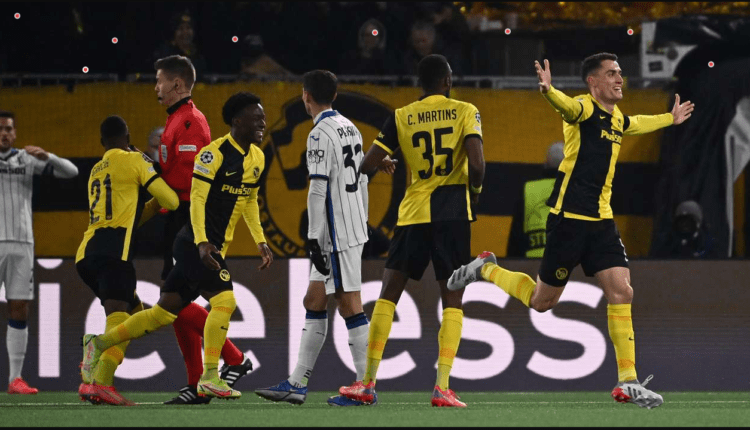 The visitors were looking to maintain their perfect record of reaching the UCL knockout stages, and made the perfect start, taking the lead inside ten minutes. Incisive build-up play down the left created the space for Remo Freuler to slot in Duván Zapata to open the scoring. That was the Colombian’s fifth goal contribution in as many games in the competition this season, finding the bottom corner after a fortuitous deflection.

David Wagner’s men bounced back just minutes before HT from a corner, as Theoson Siebatcheu flicked his header into the far corner to raise the roof at the Wankdorf Stadium. There was more than a question of offside, but VAR allowed the goal to stand, giving the hosts the momentum at the break.

Gian Piero Grasperini’s team talk must have been highly effective as ‘La Dea’ retook the lead six minutes after the restart through an unlikely source. José Luis Palomino found himself on the edge of the box and curled a gorgeous finish into the top corner, leaving Guillaume Faivre motionless as it flew beyond him.

Young Boys piled on the pressure in the closing stages and they finally got their equaliser ten minutes from FT. Atalanta were caught napping from a throw-in, leaving Nicolas Moumi Ngamaleu in space to pull back for Vincent Sierro to finish. The home crowd was well and truly behind their team and they weren’t finished, netting the winner just four minutes later. Silvan Hefti unleashed a thunderbolt on his left foot into the top corner that looked to have kept his side’s qualification hopes alive.

The drama wasn’t over though, as Atalanta won a free-kick on the edge of the area, and Gasperini introduced Muriel to take the set-piece. Phenomenally, the substitute slotted the ball into the bottom corner and ended a classic in unbelievable fashion.