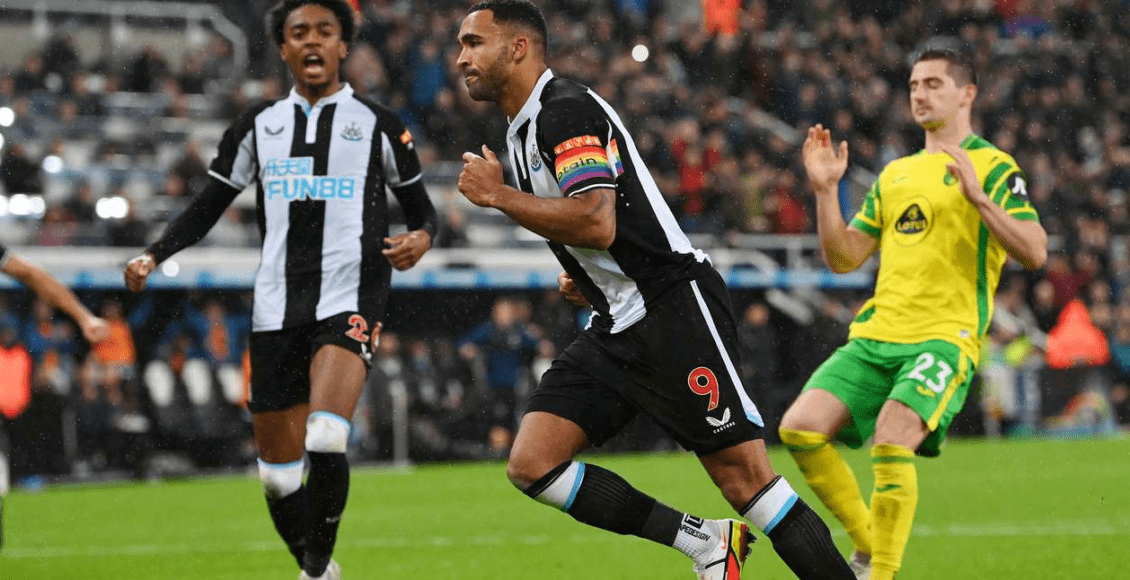 Newcastle United are still waiting for their first Premier League (PL) win and clean sheet of the season, after being held to a frustrating 1-1 draw by Norwich City in a huge bottom-of-the-table clash at St James’ Park.

The hosts made a bright start and Jonjo Shelvey looked to emphatically break the deadlock, as his speculative long-range effort flew over the crossbar. However, they were dealt a huge blow just nine minutes in, as Ciaran Clark was shown a straight red card after inexplicably pulling back Teemu Pukki with the Finn through on goal. Billy Gilmour came close to rubbing salt into Newcastle wounds from the resulting free kick, but Martin Dúbravka made a fine save. Eddie Howe’s men pressed forward through Allan Saint-Maximin, who made a superb driving run and teed up Joelinton for a fierce shot from distance that sailed over. The ‘Magpies’ pushed forward again, this time through Joe Willock, who picked out Callum Wilson in the box, only for the striker to blaze his shot high and wide.

The first flashpoint of the second half saw Joelinton go down on the edge of the box from Lukas Rupp’s challenge but nothing was given, sparking fury around St. James’ Park. There was another penalty shout which was met with more vociferous appeals from Newcastle’s players, as Gilmour appeared to have his arm raised to block Federico Fernández’s header. VAR intervened to award a spot-kick on this occasion, and Wilson duly converted in the 61st minute, despite Tim Krul getting a strong hand to the ball. However, Pukki ripped up the script in the 80th minute, bringing the ‘Canaries’ level with a ferocious left-footed volley to leave Dúbravka with no chance of keeping it out.

Newcastle eventually had their shot-stopper to thank for the point, as he pulled off a superb save in the final embers of the game to divert Pierre Lees-Melou’s effort over the bar. This won’t bring full satisfaction, though, as the result leaves The ‘Toon Army’ bottom of the PL table with seven points – six adrift of safety. Meanwhile, the Canaries continued their revival and extended their unbeaten run to four games, moving up to 18th in the process.