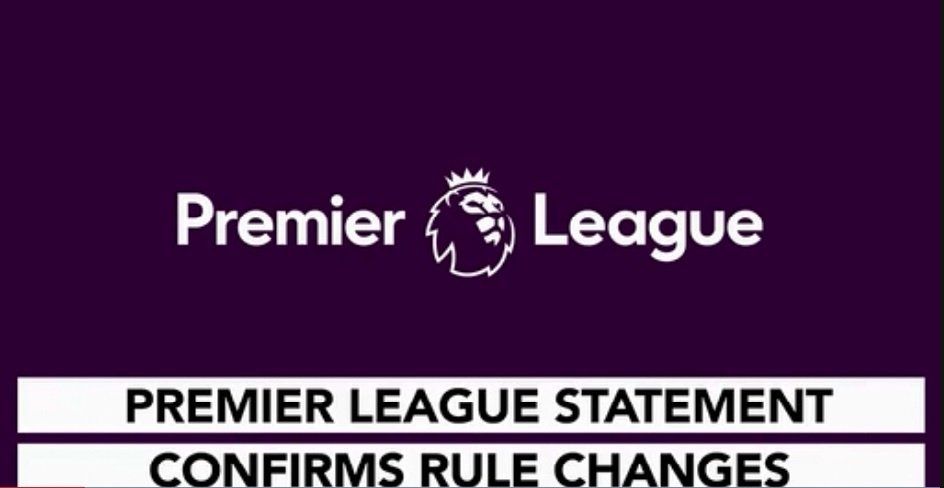 The Premier League have confirmed that the return of football will see teams permitted the use of five substitutions per game.

Top flight teams will now be able to select a total of nine subs on the bench as they gear up for the return to action in two weeks’ time.

Talks between all 20 clubs continued via video link on Thursday with discussions of subs part of the day’s agenda.

The Premier League have been studying events in the Bundesliga closely following the return of football in Germany last month where teams are now able to use five subs for the remainder of the season.

With injury rates likely to increase and teams having a busy fixture list over the next few weeks, clubs have been allowed to use an extra two substitutions in an effort to minimise the risk.

“For the remainder of the 2019/20 season, the number of substitutes that can be used during a match will increase from three to five players.

“This is in line with the temporary law amendment made by the International Football Association Board last month.

“Shareholders also approved for Clubs to increase the maximum number of substitute players on the bench from seven to nine for the rest of the 2019/20 season.”

The Premier League are yet to confirm the TV scheduling for the remaining 92 games of the campaign as fans get set for a feast of football that will see every match televised.

Sky Sports will show 64 of those games with rival broadcaster BT Sport televising 20.

Amazon, who debuted their coverage back in December, will screen four on their Prime service with the BBC also set to cover a quartet of live Premier League fixtures for the first time in the competition’s 28-year history.

The first game back for both Everton and Liverpool will see the Reds visit Goodison Park for the 236th Merseyside derby.

As things stand, the game will go ahead on Merseyside on June 20, but the venue for the game is still under consideration.