Reaction to referee Zorbay Küçük in Fenerbahçe-Basaksehir match! Much talked about decision and objections.

In the Fenerbahce-Basaksehir match played in the 11th week of the Super League, reactions were shown to the referee Zorbay Kucuk. While the yellow-dark blue players were waiting for a penalty in a position, cheers were made in the stands.

There were controversial positions in the 11th week match of the Super League, where Fenerbahçe And Başakşehir Shared Their Trump Cards.

Fenerbahce fans showed love to goalkeeper Altay Bayındır, who was protested because of the goals he conceded in the Fatih Karagümrük match, taking into account Jesus’ request, before the match. Altay responded by applauding the stands.

The stands and the players in yellow and dark blue showed love to Başakşehir coach Emre Belözoğlu before the match.

In the 34th minute of the match, Lincoln met the ball on the left wing and the ball bounced off Ömer Ali in the middle of the defense.

After this position, Fenerbahce football players and tribunes objected to the penalty, but the referee Zorbay Küçük continued the game. 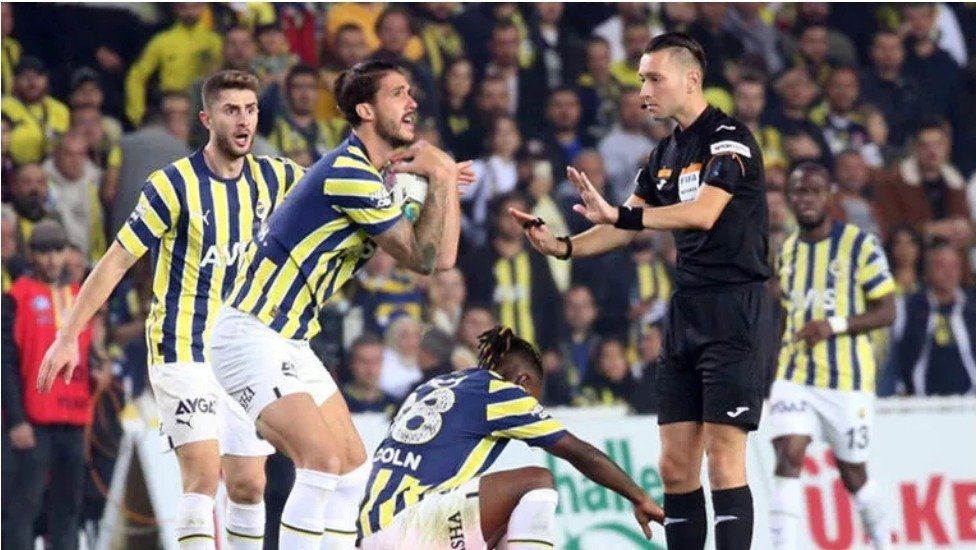 REACTION FROM THE TRIBUNE

After this decision, the stands in Kadıköy cheered against the referee Zorbay Küçük.

In the second half of the fight, the referee decided to continue in the position where İsmail Yüksek remained on the ground.

Irfan Can Kahveci, who was very angry with the decision, reacted for a long time and was shown a yellow card.

Yellow-dark blue fans cheered against referee Zorbay Küçük many times during the match .

Francesco Farioli: “I think 1 point is fair for both teams”