Real Madrid reportedly have rejected the chance to sign Chelsea winger Willian on a free transfer ahead of the summer window.

Willian’s contract at Chelsea is due to expire at the end of the 2019-20 season and it is understood that he may be ready to leave Stamford Bridge, having played for the Blues for seven years now.

While Real boss Zinedine Zidane is an admirer of Willian, he does not think the Spanish giants should go after the Brazilian versatile player, as reported by Daily Mirror. 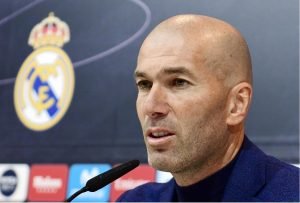 In another news, the 31-year-old forward’s agent, Kia Joorabchian has insisted that his client’s top priority currently is to stay at Chelsea and if Willian does leave Stamford Bridge, he would like to switch to another Premier League team instead of a new league altogether.

While the likes of Arsenal and Tottenham have been heavily linked with the player ahead of the upcoming transfer market, the clubs could struggle to sign him amid the ongoing financial crisis that emerged due to the coronavirus pandemic.

“Willian wanted to sign a three-year contract to achieve things he wanted to achieve over the next three years, and see where his career takes him from there. Chelsea’s policy [for players over 30] only allows two [years], so that’s where the stumbling block was.

At the moment he is a Chelsea player and has a contract with Chelsea until the season is over, so it is disrespectful to talk about him moving to other clubs,” Joorabchian recently told Sky Sports in an interview.

Having kickstarted his club career at a Brazilian club, Corinthians, Willian moved to Ukraine followed by Russia before finally landing in the Premier League when Chelsea signed him ahead of the 2013-14 season for a fee of $37 million.

Willian has played over 300 games for the London-based side, across tournaments, and has scored 59 goals. He won five trophies with Chelsea so far including two Premier League titles.