Liverpool chew up Toffees in derby…

Newcastle United are still waiting for their… 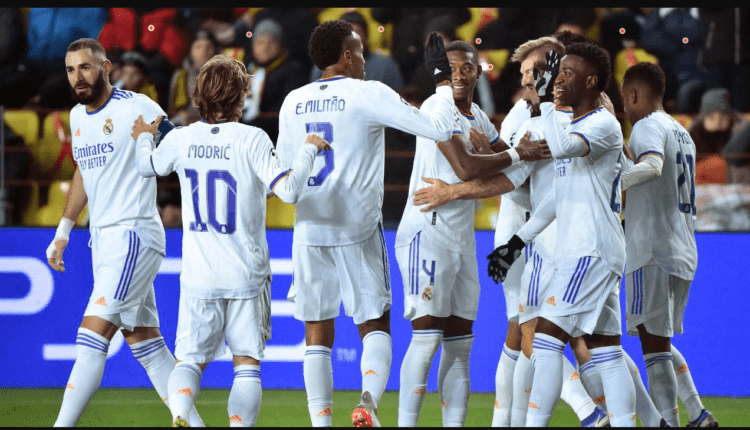 An irresistible Real Madrid side steam-rolled Sheriff Tiraspol 3-0, whilst maintaining their record of qualifying for the knockouts of every UEFA Champions League (UCL) group stage, and avenging September’s shock Santiago Bernabéu defeat.

‘Los Blancos’ have won more UCL trophies than Sheriff have played matches in the competition, and after much pressure, they were able to find an opener midway through the first half. Squeezing a left-footed free-kick between the wall, David Alaba’s maiden Real goal was helped home by a hefty deflection off the foot of none other than Cristiano – a name often synonymous with UCL goals for the record champions.

After forcing goalkeeper Georgios Athanasiadis into a sharp save earlier in the half, Toni Kroos managed to get the better of the Sheriff shot-stopper just before the break. Caressing a right-footed strike towards the top corner, the German international’s effort ricocheted off the underside of the crossbar, before bouncing across the line to give Real an unassailable HT advantage.

Having scored in the previous three UCL matches, Karim Benzema was looking to net in four consecutive games in the competition for the first time since 2016/17. Stroking a cultured effort into the side netting, the Real talisman extended his prolific run in front of goal, whilst taking his tally to 15 for the campaign.

Sheriff had previously managed to deny every UCL group stage opponent a clean sheet so far and the side from Tiraspol came within the width of the post to finding another famous goal. Scorer of the dramatic winner the last time the two met, Sébastien Thill’s well-placed header had beaten a stranded Thibaut Courtois, with the Belgian goalkeeper eventually spared by the woodwork. Whilst their UCL adventure may have come to an end, Sheriff can look forward to a UEFA Europa League campaign when the competition resumes in the spring.