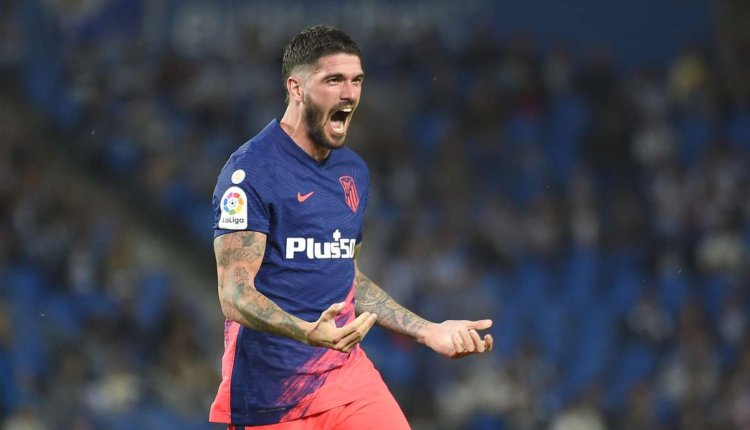 Atletico Madrid secured a top-three La Liga finish for a tenth consecutive season with a 2-1 win over Real Sociedad, in a much-improved second-half display at the Anoeta Stadium.

With Sociedad and Atlético having already secured UEFA Europa League and UEFA Champions League football respectively for next season, the start to the match reflected this and began in a cagey fashion. ‘La Real’ were the brighter of the two teams though. Alexander Sørloth showed brilliant strength to hold off the challenge of Reinildo Mandava and saw his resulting shot saved by Jan Oblak, who spilled the ball into the path of Rafinha, but he hit the post from point-blank range. The Brazilian had another golden opportunity to break the deadlock, but fired wide of the target after being teed up by Sørloth, as Atlético’s defensive sloppiness went unpunished.

Diego Simeone’s side showed more attacking intent inside the opening 75 seconds of the second half compared to the entirety of the first, as Matheus Cunha’s effort cannoned off the bar before Rodrigo De Paul’s long-range effort was pushed to safety by Álex Remiro. De Paul did get Atletico off the mark with a spectacular strike from distance that flew past Remiro after being set up by Antoine Griezmann.

The ‘Colchoneros’ or ‘mattress makers’ as they are known in English were not content to lie down in the second half, and Griezmann almost added a second only to be thwarted by Remiro in a one-on-one chance. Simeone’s men added a second through Ángel Correa at the end of a superb, well-worked move. Yannick Carrasco picked out Koke, and the skipper teed up the Argentine for his 12th La Liga goal of the season, to become the club’s outright top goalscorer in La Liga, moving one ahead of Luis Suárez. It was not all plain-sailing for the visitors though, as Oblak made a hash of Adnan Januzaj’s set-piece and Jon Guridi was on hand to nod home a consolation goal in stoppage time.

It was an emotional night for Suárez, who came on in the closing stages for what was his final appearance in an Atletico shirt, as Simeone’s team claimed third spot with 71 points. Meanwhile, Imanol Alguacil’s Sociedad side have had a solid campaign and finish sixth on 62 points.