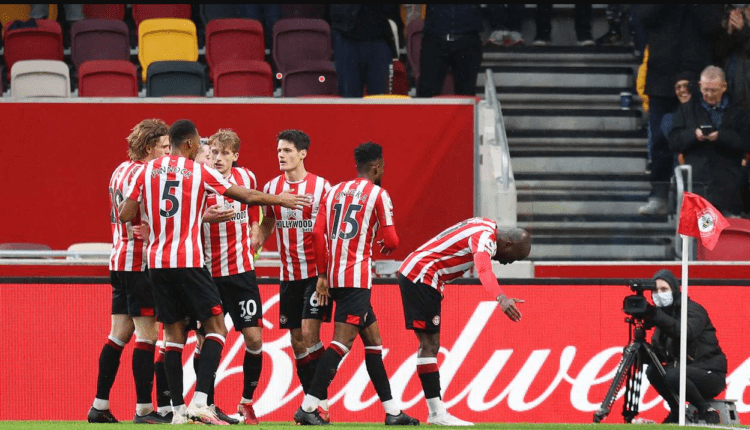 Mads Roerslev put in a man-of-the-match performance, as his early assist and late goal gave the ‘Bees’ an important three points against Steven Gerrard’s stunned Aston Villa side.

The two sides kicked off with only two points separating them in the table and Villa looked likely to widen that gap as they had a flurry of early chances, with John McGinn and Danny Ings going close. Gerrard’s men made sure to make the early dominance count as they went ahead after 16 minutes. Emiliano Buendía played a quick one-two with Douglas Luiz which slid the Argentine into a lot of free space deep in the Brentford half, before placing a perfect through ball to the advancing Ings, who struck across goal and placed the shot into the bottom right-hand corner.

The visitors continued to control Thomas Frank’s team, but were unable to add to their early goal. Instead, they were made to regret their missed chances and as Yoane Wissa scored minutes from HT. Roerslev found himself in space on the right wing as he ran towards the Villa box, and just before an incoming tackle, squared the ball to Wissa at the edge of the area, who calmly curled the ball past Emiliano Martínez to equalise.

After the interval, the visitors continued to push for a second goal, but struggled to make any clear-cut chances against a resilient Brentford defence. The hosts may have been able to withstand Villa’s attacks, but they also had their own issues going forward for a large portion of the second half, with Ivan Toney being left with a few inaccurate through balls to chase. Frank Onyeka nearly gave the hosts the lead with one of their few clear-cut chances when he received the ball in a similar position to Wissa in the first-half – the shot forcing Martínez to react quickly to push the ball around the post. Ultimately, that didn’t matter, as minutes later Roerslev gave Brentford a late lead. Against the general run of play, the wing-back found himself picking up a rebound on the edge of the six-yard box and quickly dispatched the ball past Martínez to give the hosts the most unlikely of leads.

Frank will be proud of his team’s resilient performance, as they spent much of the game chasing after the ball, but made their chances count. While Gerrard will be frustrated at his wasteful side, as they drop below Brentford into 13th place.