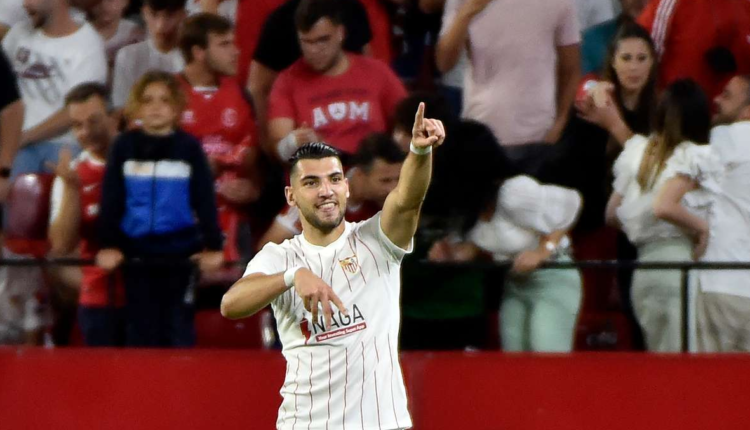 Rafa Mir’s second-half strike was enough for Sevilla to claim a 1-0 victory over eighth-placed Athletic Bilbao, denying them any chance of qualifying for European football for the fourth consecutive season.

With Sevilla having already secured UEFA Champions League football for next season, the pressure was on Bilbao, who needed a win and a Villarreal slip up to sneak into the only UEFA Europa League Conference qualification berth. Looking to put four consecutive draws behind them, Sevilla started quickly and should have taken the lead inside ten minutes after Érik Lamela was criminally allowed a free header, but the Argentine winger could only hit the post with his effort, giving the visitors a huge let off.

Athletic Bilbao grew into the game and thought they had taken the lead 27 minutes in, but Yuri Berchiche’s fantastic strike to find the bottom corner was disallowed by VAR for a handball in the build up. The disallowed goal did not dampen Bilbao’s spirit, soon after almost taking the lead through an Alejandro Berenguer solo effort that sailed over the bar to keep the scores level at HT.

Like Sevilla in the first-half, Bilbao hit the post early on through Iñaki Williams who pounced on a rare Marko Dmitrović spill to narrowly miss. The parallels continued, as Sevilla saw a goal disallowed, after substitute Karim Rekik supplied the finish, but Marcos Acuña was correctly ruled offside in the build up by VAR. To make matters worse for the hosts Youssef En-Nesyri then missed a one-on-one, failing to put his effort on target to the despair of the home crowd.

Sevilla turned to their top scorer off the bench to break the deadlock, and it didn’t even take Rafa Mir ten minutes to get on the scoresheet. He got beyond the visitors’ defence, and showed the composure that En-Nesyri was lacking, cooly slotting the ball into the net for his tenth goal of the season. Sevilla comfortably saw out the remainder of the game to see the match finish at 1-0 and take fourth place in winning fashion.

Jurgen Klopp named England coach of the year by his peers