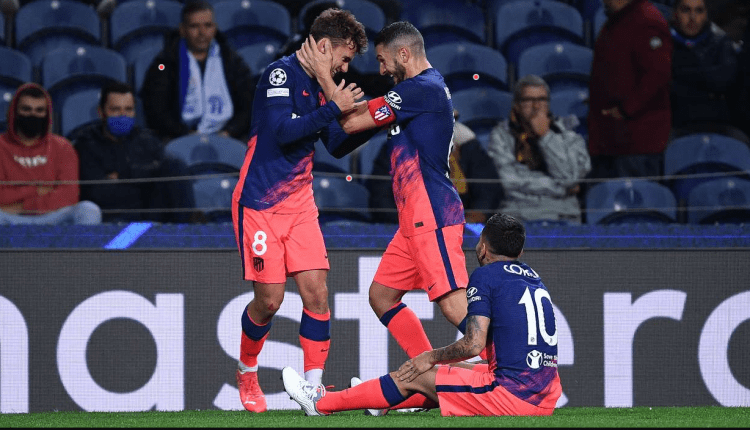 Atlético Madrid secured their place in the UEFA Champions League (UCL) knockout stages, securing only their second win in the group stages, defeating FC Porto 3-1 played out inside an electric Estádio do Dragão in a frenetic game brimming with incidents.

The home side had the advantage heading into the final group game, sitting second in Group B on five points, knowing a victory would see them through to the next round. Atlético required a victory, sat on four points, but also needed some assistance from Liverpool to defeat or draw with AC Milan to guarantee their place in the last 16.

In a frantic first half, an early blow came for the away side, as Luis Suárez was taken off after just 13 minutes through injury. This didn’t phase them as they had a golden chance in the 21st minute when Yannick Carrasco drilled a cross into the box from the left-hand side, as Marcos Llorente picked up the loose ball following a deflection and struck at Diogo Costa who saved. Luis Diaz had a huge chance moments later for Porto, but the effort was wonderfully saved by the fingertips of Jan Oblak.

The ‘Dragões’ came out the better side after HT and looked the more likely to snatch a goal to take them into the knockout stages. The visitors then stunned the home supporters as Griezmann tapped in at the back post following a corner in which the Porto defence lapsed in concentration. Tensions boiled over in the 66th minute, which resulted in a sending off for Carrasco. The game ultimately turned silly with both sets of benches clashing minutes later, resulting in Wendell being shown a red card.

Ángel Correa made it 2-0 late in the game by hitting FC Porto on the counter attack before Rodrigo De Paul made it 3-0 moments later to see ‘Los Colchoneros’ advance, in spite of a last-gasp Porto consolation penalty. Atlético have now secured their place in the next round and also delivered their second away victory in their last five competitive games. FC Porto will drop into the UEFA Europa League in the new year as their five game unbeaten winning run at home in all competitions comes to an end.