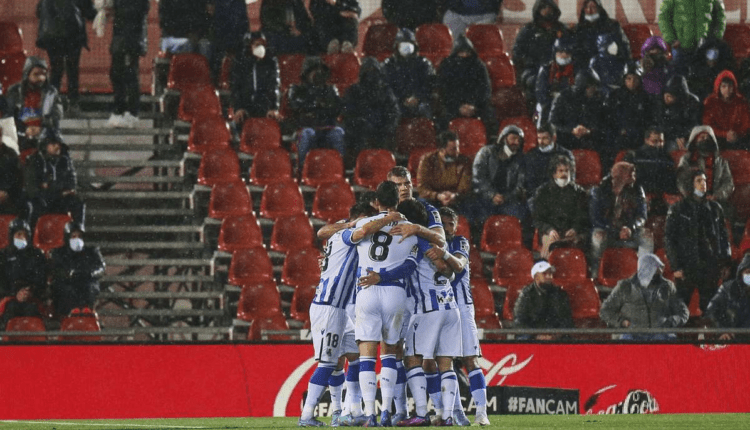 Real Sociedad secured a fifth consecutive La Liga win over Real Mallorca after recording a comfortable 2-0 victory at the Visit Mallorca Estadi to move up into sixth.

It was a lively start to the contest with chances for both teams, as Mallorca’s Dani Rodríguez saw his effort blocked, while Portu forced Sociedad shot-stopper Sergio Rico into a fine save at the other end of the pitch.

The visitors had a penalty appeal turned down when Alexander Sørloth took a tumble inside the box after a tangle with Antonio Raíllo, only for the subsequent penalty appeals to fall on deaf ears. But the disappointment of that rejected penalty shout was erased when David Silva broke the deadlock in the 36th minute. The former Manchester City man marked the 500th top-flight appearance of his career in style by applying a classy finish following a neat one-two with Mikel Merino – his first La Liga goal of the season. Sørloth almost added a second goal moments later, but the Norwegian fired his effort wide at the end of another free-flowing move from ‘Los Txuri-Urdin’.

‘Los Piratas’ were looking for a route back into the contest, and Takefusa Kubo was unlucky not to draw parity after reacting quickest to a loose ball on the edge of the box and seeing his shot go inches wide as it took a bounce off the turf. However, the hosts were dealt a hammer blow when Merino added a goal to his assist in the 62nd minute by slotting the ball home at the second attempt after seeing his initial header blocked from Mikel Oyarzabal’s corner. Merino then nearly added a second for himself and a third for Sociedad with a sublime effort which rebounded off the bar.

The match ended 2-0 and stopped a run of five winless away La Liga matches for ‘La Real,’ while the defeat for Mallorca still leaves Luis García’s with lingering relegation fears in 16th and only five points clear of the bottom three.

De Bruyne victory-fixer for Manchester City in the derby