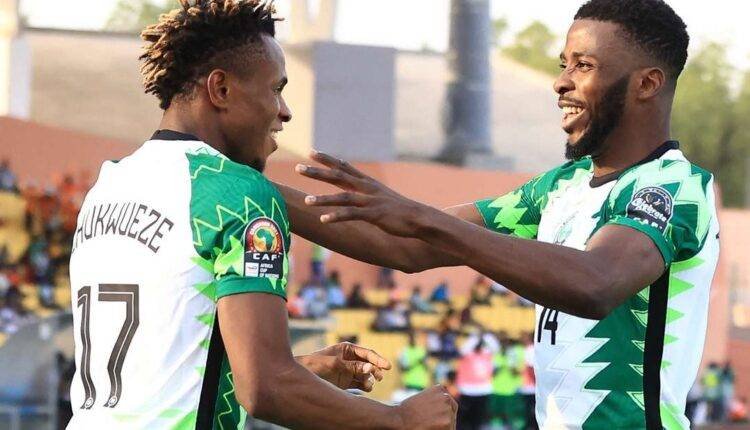 For the first time in their history, Nigeria have won their opening two Africa Cup of Nations games in consecutive tournaments after producing a dominant performance to claim a 3-1 victory over Sudan.

Unbeaten in their last four outings, Nigeria entered their second group stage game full of confidence, and they were in front within a matter of minutes. Moses Simon latched onto a long throw into the Sudan penalty area, and with his back to goal, the Nantes player laid the ball off to Samuel Chukwueze, who found the net with a clinical left-footed strike.

Not content with their early opener, the ‘Super Eagles’ went looking for more, and their relentless pressure saw William Troost-Ekong denied by a sprawling Ali Abdallah Abu-Eshrein before Taiwo Awoniyi poked the ball against the post from close range. Despite not knowing much about it, the Union Berlin man did eventually find the net just moments before the break. Sudan failed to deal with Kelechi Iheanacho’s deep free-kick, which culminated in the ball bouncing off Awoniyi and into the net.

The ‘Super Eagles’’ start to the second half made the one to the first period seem sluggish as, within a minute of the restart, Augustine Eguavoen’s side were celebrating their third goal of the contest. After creating the opener, it was now Simon’s turn to put his name on their scoresheet, the 26-year-old sliding the ball home after a quick one-two with Awoniyi.

With less than 25 minutes left to play, Sudan were given a lifeline when referee Victor Gomes pointed to the spot following a VAR review, penalising Ola Aina for a shirt pull. Walieldin Khidir assumed responsibility, and calmly side-footed his spot-kick into the top corner to score his nation’s first goal of the tournament.

Although they were unable to muster a comeback, Burhan Tia’s side can take encouragement from a much improved second-half display, while the three points ensure Nigeria will take part in the knockout phase.