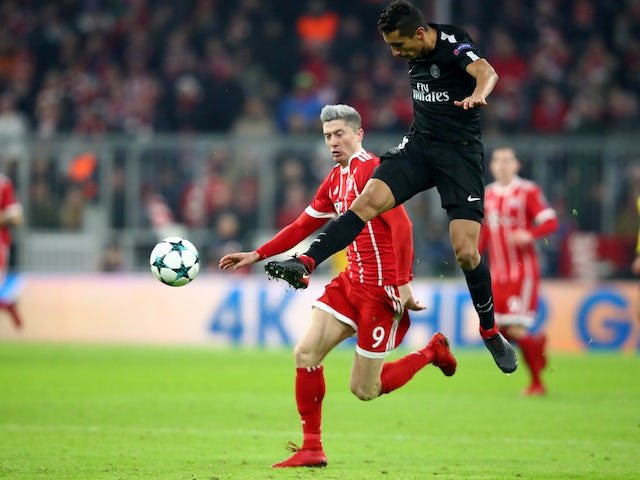 PSG struggled to defend against an onslaught by Bayern last week, conceding 31 shots. PSG still won the game 3-2, but the absence of stalwart defender and captain Marquinhos for Tuesday’s second leg of their Champions League quarterfinal is raising concerns for the French league champions.

The Brazil player was ruled out of the match with an injury to his right adductor muscle and did not train with his teammates on Monday. Marquinhos scored PSG’s second goal from Neymar’s assist in Munich but had to be replaced at the half-hour mark and missed PSG’s latest French league game over the weekend because of the injury.

PSG coach Mauricio Pochettino initially said a decision on whether Marquinhos would play would not be taken before Tuesday, but the club later announced he would not be included in the squad.

Pochettino is now expected to start Presnel Kimpembe and Danilo Pereira in the heart of the defence.

“We all know Marquinhos’ qualities, he is our defence leader,” Kimpembe told a press conference on Monday. “He is our captain. If he is not there, it will be a big hole, although there are many great players in this squad to cover for his absence.”

In a repeat of last year’s final, PSG was outplayed for long stretches of the match but came out on top of the encounter thanks to the individual brilliance of players like Kylian Mbappé, who scored twice. Bayern was made to pay for its profligacy but showed it has the quality required to turn around the tie.

Pochettino admitted his team suffered in the opening leg as Bayern managed to carve open PSG’s flanks too easily.

“It’s certainly one of their skills, and we need to do better in that sector,” Pochettino said, adding that the contest remains very open despite PSG’s win in the first leg. “Bayern is the best team in the world at the moment. We have enormous respect for them, but at the same time, we have confidence in our strengths, and we know that we have to think about winning this match.”

The good news for PSG is that the defending champions will also be without important players including forward Robert Lewandowski, Corentin Tolisso and winger Serge Gnabry. Bayern was held to a disappointing 1-1 draw by Union Berlin over the weekend but Hansi Flick’s side was so dominant in the first leg it remains confident a comeback is possible.

“We want to cause a mini upset in Paris,” Flick said. “Of course, we’ll be delighted if we manage that.”