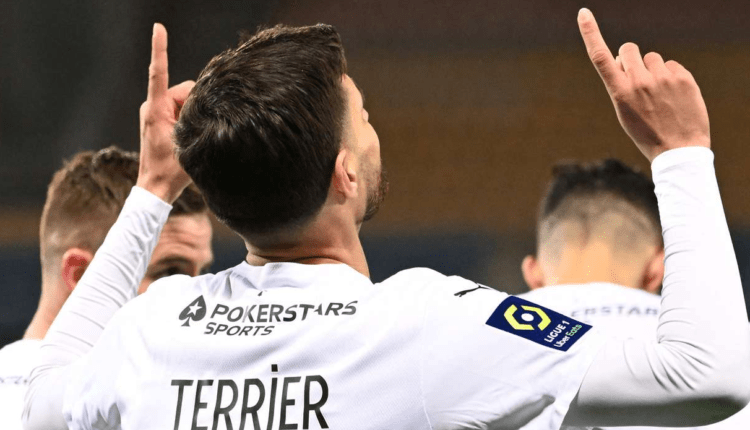 A relentless Rennes secured a 4-2 win over Montpellier in a highly-entertaining contest, moving to within two points of third-placed Nice in Ligue 1 and condemning the hosts to a fifth league defeat in 2022.

Having steamrolled ESTAC Troyes 4-1 last weekend, Rennes started with plenty of confidence despite losing each of their last four games on the road. They pulled ahead after eight minutes, when Martin Terrier arrived into the box late and headed in his 13th goal of the season from Hamari Traoré’s deep cross. The fabulous passing into wide areas continued and when Traoré found Benjamin Bourigeaud on the edge of the box, he doubled his side’s lead after 15 minutes. But just as Rennes looked in cruise control, Montpellier scored from their first real venture into the opposition half. The visitors were caught too narrow and a half-hearted cross trickled through for Ambroise Oyongo to rifle in a swift response – the third goal inside 19 minutes.

The early response prompted a strong reaction from the hosts who found their feet as momentum shifted. Elye Wahi completed the comeback when he plucked a cross out of the air with a tremendous bicycle kick, equalising for Montpellier in fabulous fashion on the cusp of HT and setting up a finely poised second half.

Any hopes of a composed Montpellier second-half display were quickly quashed as Terrier won a penalty for Rennes when he was brought down in the box after just 49 minutes. Laborde stepped up against his former employers and bagged from the spot, making it 3-2 with his second penalty scored in as many games, despite facing a tough crowd at the Stade de la Mosson. A free-kick from Téji Savanier after 67 minutes provided a moment of madness that almost forced a goal, however, Laborde’s clearance hit the bar and consequently forced Birger Meling into a fine block off the line from the rebound.

Lovro Majer added a fourth for Rennes with six minutes to play, securing a huge win as Montpellier faltered, and making it the seventh time this season that Bruno Génésio’s side have scored 4+ goals in a Ligue 1 fixture.