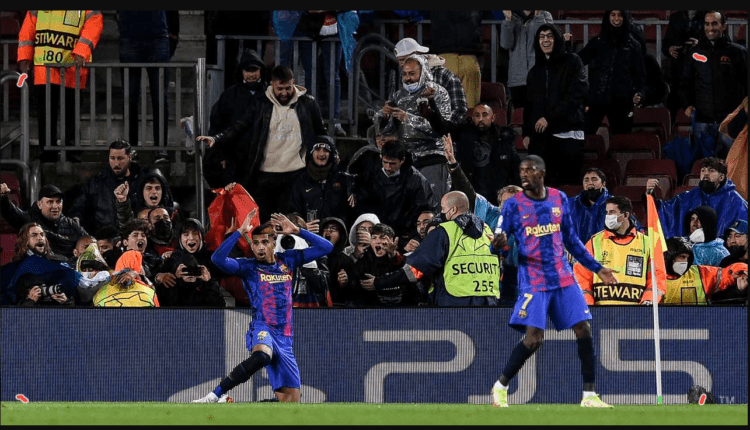 Benfica goalkeeper Odisseas Vlachodimos prevented Barcelona from securing a third consecutive Champions League win with a string of saves either side of half time in a tense 0-0 draw at the Nou Camp.

Xavi encouraged his Barcelona side to be the “protagonists” before their crucial Champions League match against Benfica. Heeding the words of their new manager, in a bid to improve upon their tally of six shots on target from four group matches this term, Yusuf Demir took the initiative when he cut inside early on and tested the palms of Odisseas Vlachodimos with a skipping strike off the slippery surface.

A patient Barcelona hoped to take advantage of Benfica’s frailties after the Portuguese side had conceded nine in their last two Champions League matches. Suddenly, the hosts burst to life, when Jordi Alba found space in the box and drilled a rising shot towards goal that Vlachodimos palmed away from danger.

Chasing a first group stage qualification since 2016/17, Benfica were not complete onlookers, and Roman Yaremchuk’s point-blank header nearly put the visitors in front, but for Marc-André ter Stegen’s reaction save. Undeterred and buoyed by a rejuvenated Nou Camp, the hosts responded, and Demir dribbled from the right-wing once more, eventually firing a curling effort against the post just before HT.

Following a tense start to the second period, Barcelona threw the dice in the last 30 minutes in a bid to progress to the knockout stages for the 18th straight season. Ousmane Dembélé came off the bench and almost made an instant impact when he raced down the right-wing and clipped in a cross for Frenkie de Jong to head towards the roof of the net, but the Dutchman was prevented yet again by a full stretch Vlachodimos.

There was no romantic Nou Camp return for Xavi in the Champions League, and a draw means his side head to Bayern Munich for their final Group E fixture in search of a much-needed victory. Benfica have Vlachodimos to thank for ending their two-match losing streak as they host Dynamo Kyiv in their final group stage tie.