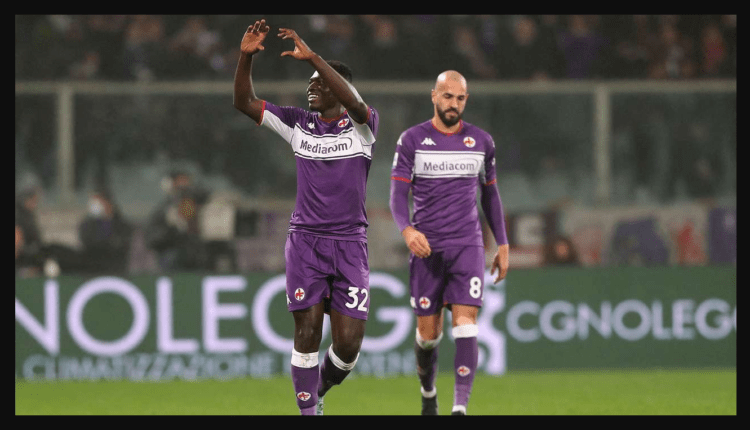 AC Milan’s unbeaten start to the Serie A campaign came to an end as they lost 4-3 to Fiorentina, the hosts claiming their first win in six games against the ‘Rossoneri’.

The visitors’ starting line-up featured six players aged 22 or under and one of those, Brahim Díaz, threaded an exquisite pass through to Zlatan Ibrahimović, who slammed in on five minutes only for the Swede to be flagged offside. However, Vincenzo Italiano’s side took the most unexpected of leads a quarter of an hour in as an inswinging corner was dropped by Ciprian Tătăruşanu. Inexperienced centre-back Matteo Gabbia then looked to shield the ball on the ground instead of clearing his lines, which allowed former Inter Milan midfielder Alfred Duncan to stick out a leg and poke home.

Ibrahimović had a golden opportunity as the break drew into view, heading wide after Simon Kjær had whipped an inviting cross and the 40-year-old was quickly made to rue his wastefulness as Dušan Vlahović’s lay-off was bent into Tătăruşanu’s top left-hand corner brilliantly by Riccardo Saponara for his fourth career goal against today’s opponents as he paid tribute to the late Davide Astori, the ‘Viola’ captain and AC Milan academy graduate who sadly passed away in March 2018.

It was Vlahović who was next on the scoresheet after the interval, latching onto Duncan’s clever pass over the top, rounding Tătăruşanu and finishing with aplomb. No sooner had the 21-year-old netted than Ibrahimović made the most of ex-team-mate Giacomo Bonaventura’s pass as he hammered past Terracciano from 12 yards. It wasn’t long before Ibrahimović got his second, slotting in after Theo Hernández’s square ball, but Hernández became the villain in the closing stages as he was caught dawdling by Nicolás González, who fed Vlahović for his 30th strike in 40 Italian top-flight matches. Ibrahimović’s stoppage-time header came off the bar and cannoned in off Lorenzo Venuti, but the home side held on bravely for a famous win.

Napoli will move three points clear at the summit if they are victorious at the San Siro against Inter on Sunday, while Fiorentina are up to sixth with their impressive victory.