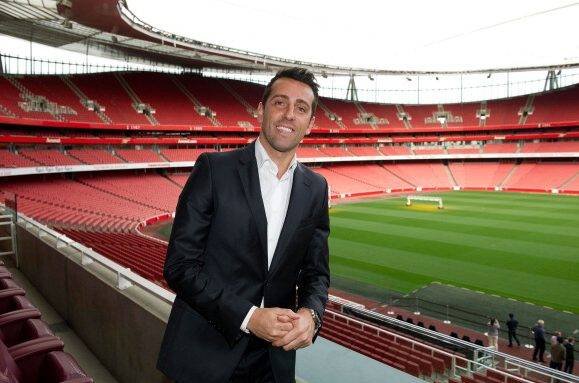 Maria Gaspar, daughter of Arsenal technical director Edu, said she could no longer open her DMs on Instagram because she was “full of abuse”.

It was a turbulent start to the Premier League season for Mikel Arteta’s country. The north London club suffered convincing defeats to Brentford and Chelsea in August, a bad form which caused a lot of criticism.

In addition to their field performances, several pointed to the club’s activity in the summer transfer market. The striker, former Gunners midfielder Edu oversees his team’s “effective strengthening”, including intelligence and recruitment.

Arsenal has split £132m across five players in that window. The club brought in centre-back Ben White in north London for a reported £50m, while the deal for the signing of Real Madrid midfielder Martin Odegaard is said to be £31m.

Mika Richards recently questioned Arsenal’s business in the transfer market. The former Manchester City defender said he could not win over “top players” because they wanted to move to a “higher performing team” at the moment.

It’s fair to say the pressure is on Arsenal’s signing, and in the weekend’s 2-0 loss to Chelsea, Edou was staged by a fan.

As you can see in the snippet below, Edu’s wife, Paula Gaspar, raises the supporter with her middle finger.

“I know about his potential. I’m not here to talk about it. But sometimes, it hurts to read these things. But we have to get used to this life. There are ups and downs in life.

“My father has been in this life for some time, from criticism to praise, he is used to it, but I am not. It is very painful, but we will learn [to get used to it].”

“Every day, I answer people on DMs, and someone asks me why I quit. I can’t open my DM anymore because it’s full of abuse, I don’t have much patience.

“Right now, I misunderstood why my father was persecuted.”

Edu’s son Luigi has said in the past that he has received hundreds of messages asking him to tell his father about the players he was supposed to sign.

“About 100 direct messages on Instagram every day telling my dad to sign players,” he told Gooner Talk.