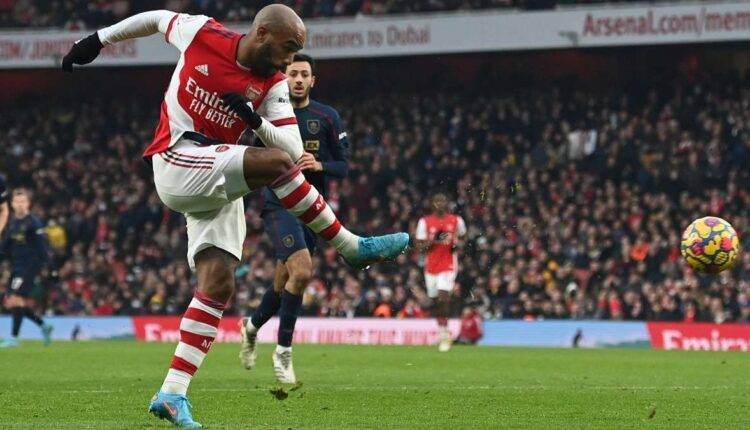 Arsenal and Burnley shared the spoils in the Premier League (PL) in a frustrating afternoon for the ‘Gunners’ who had the chance to leapfrog their rivals into a Champions League place, but instead recorded their first goalless PL draw since October 2021.

This was Arsenal and Burnley’s first PL game since January 1st and January 2nd, respectively, following a number of postponements due to Covid-19. Despite the ‘Gunners’ controlling possession early on, Sean Dyche’s side began positively and had two opportunities within the first 10 minutes to take the lead. Dwight McNeil and Ben Mee came close as the ‘Clarets’ searched for goals without their all-time leading PL goalscorer Chris Wood, who joined relegation rivals Newcastle United this month.

Arsenal, though, looked a class above the league’s bottom-of-the-table side, and nearly broke the deadlock in the 15th minute when Alexandre Lacazette tricked his way into the box, but the resulting shot failed to hit the target. The home side struggled to find a way through the Burnley defence for the remainder of the half, as the visitors ruffled Arsenal’s feathers by restricting their build-up play – the ‘Gunners’ seemingly unable to find a plan B.

On the stroke of HT, Bukayo Saka drilled an effort wide of the post, but Mikel Arteta’s side, who had scored 15 goals in their last five PL games, knew they needed to do a lot more to break the stubborn Burnley backline. Arsenal continued to probe after the break, and their best chance fell to Emile Smith Rowe, who latched onto a corner kick, forcing a low save from Nick Pope. The ‘Gunners’ started to smell blood as Lacazette fired another glorious chance wide moments later, to the dismay of fans inside the Emirates Stadium, who sensed it was only a matter of time before the ball hit the net.

Burnley managed to weather the storm, and, in the end, were able to ride out the game to secure a vital point on their road to PL survival. The result for Arsenal means they move up to sixth, at least for now. By contrast, the ‘Clarets’ remain four points from safety with a handful of games in hand.