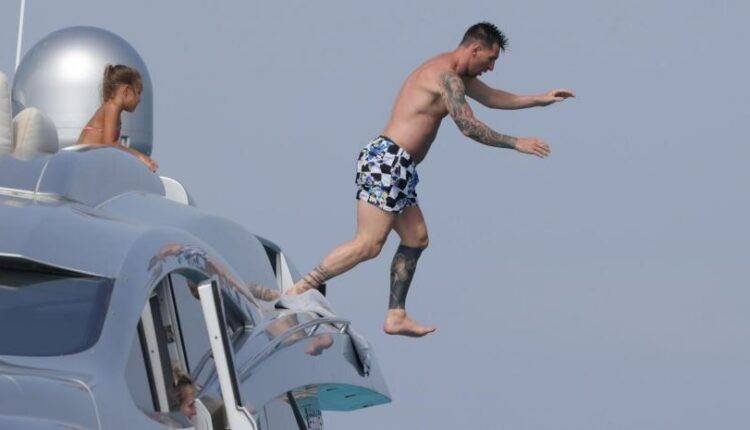 Lionel Messi will not be training at Barcelona until his new contract is sorted.

Lionel Messi should be returning to Barcelona training tomorrow,, alongside other Copa América participants Sergio Aguero and Emerson… He won’t,, however,, as he’s technically a free agent.. The Argentine won’t set foot in the Ciutat Esportiva until he signs a new contract with the Blaugrana according to Mundo Deportivo..
Despite this,, president Joan Laporta continues to insist the renewal is progressing along the right track,, keen to transmit tranquillity and confidence to the media.. Meanwhile,, Messi is on holiday with his family,, Luis Suárez,, Cesc Fabregas,, and their respective families in Ibiza having just returned from Miami..
Despite turning 34 this summer,, Messi’s powers are showing no sign of waning.. He led Argentina to the Copa América last month,, their first title since 1993.. They beat Brazil in the final in Rio de Janeiro,, with Messi the undisputed player of the tournament.. He contributed four goals and five assists in seven appearances..