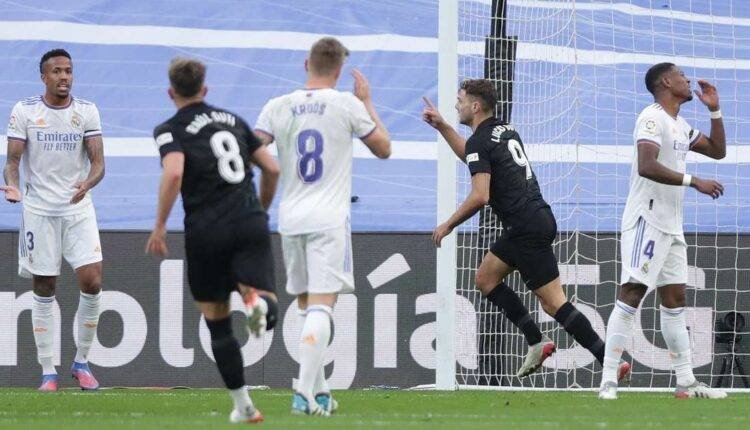 Real Madrid rescued a last-gasp point against a spirited Elche side in a 2-2 draw. The La Liga leaders had to come from two goals down in the last ten minutes to secure a point, which sees ‘Los Blancos’ maintain their impressive 23-match unbeaten H2H record.

Before kick-off, an emotional and heavy-hearted Santiago Bernabéu paid its final tribute to the only player in history to have captured six European Cups, the legendary Paco Gento, who passed away earlier this week. A motivated Real Madrid set things in motion with chances coming painfully close for Vínicius Júnior and Toni Kroos before the quarter-hour mark. Elche must have already been nauseous at the sight of Carlo Ancelotti’s men, having been beaten three days ago in the Copa Del Rey in ET.

‘Los Blancos’ upped a few gears in search of the opener as the match progressed, but were kept afar, thanks to timely reflexes by Elche goalkeeper Édgar Badía, before Karim Benzema missed his first ever penalty for Real Madrid, skying his effort well over. The penalty miss proved costly, as the visitors took the lead minutes before HT. A swift team move was brilliantly finished off by Lucas Boyé’s close-range header.

Real Madrid restarted the evening’s affairs thinking they had another penalty when referee Ricardo de Burgos pointed to the spot in the 52nd minute. However, after a VAR review, it was deemed Eden Hazard easily went to the ground, and the initial decision was overturned. With Madrid pushing forward for the equaliser, ‘Los Franjiverdes’ took advantage of the spaces in behind, and doubled their lead. Goalscorer turned provider as Boyé superbly set up Pere Milla, who finished off the move with a clinical right-footed finish. For the third time in the game, ‘Los Merengues’ were awarded a penalty, and Luka Modrić put the home side back in the game with a calmly taken spotkick. The home side pushed ahead with all every ounce of energy they had and their efforts finally paid off with Éder Militão’s brilliant thumping header in the 92nd minute.

Fran Escribá’s outfit gave away their two-goal lead at the end to marginally push themselves away from the relegation zone, whereas Real Madrid maintained their undefeated recent streak with yet another spirited performance.